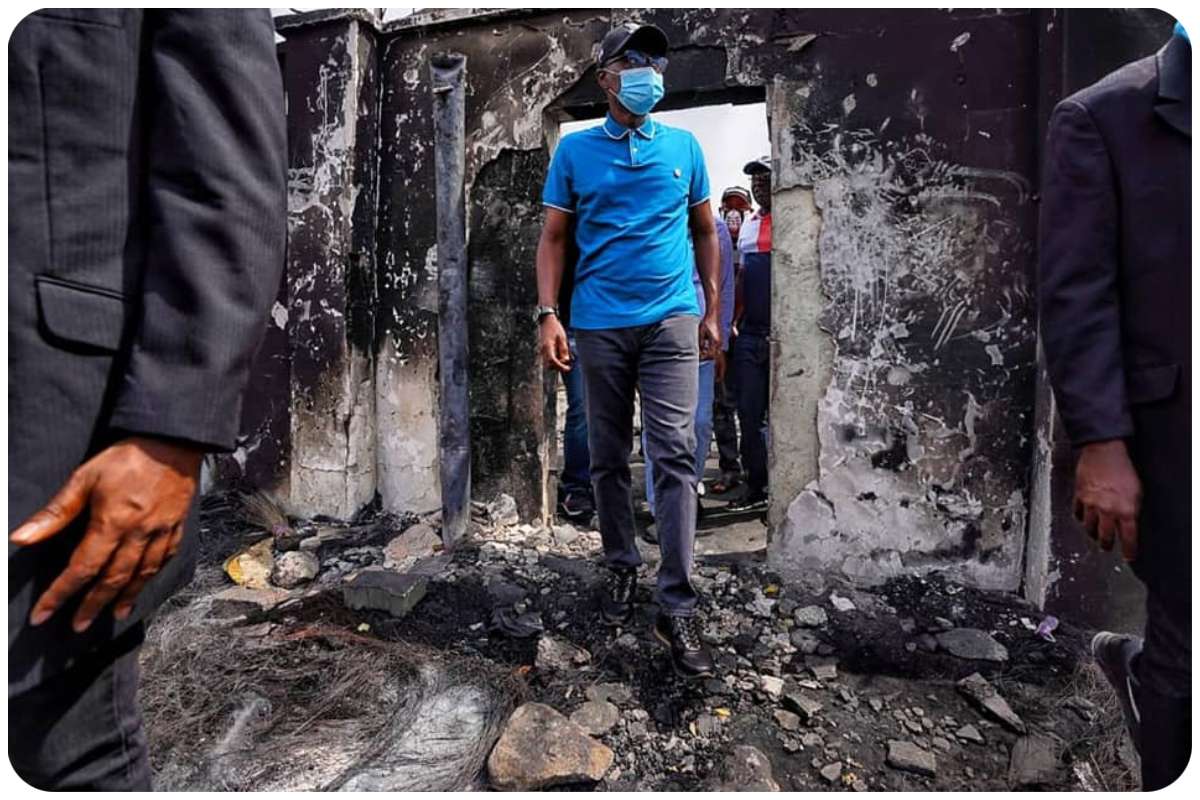 Coalition of 38 Civil Society Organisations in Nigeria has condemned in totality the outrageous looting and vandalism being carried out by yet to be identified hoodlums across the country following the #Endsars protest massacres that took place at Lekki Toll Gate in Lagos.

The coalition made this known in a joint statement signed and issued by the 38 civil society organizations earlier this week. The statement which titled “EndSARS Protest: Finding a Pathway to Sustainable Peace and Development” also called on President Muhammadu Buhari to grant the National Human Rights Commission the needed capacity to conduct the investigation into the #EndSARS Massacre by inaugurating the Commission’s Governing Council without further delay.

EndSARS Protest: Finding a Pathway to Sustainable Peace and Development

As we continue to condemn the use of ‘live bullets’ on unarmed protesters at the Lekki Toll Gate, on October 20, 2020, we also join our voices to condemn acts of thuggery, hate speeches, and fake news.

We particularly condemn the hoodlums that attacked security facilities and personnel of the Nigeria Police Force as two wrongs never make a right. We still maintain that the 5-for-5 demand by the #EndSARS movement should be urgently met in the interest of the Nigerian state. One of the demands is the transparent prosecution of the officers responsible for the brutality against citizens. In order to build trust in government, we immediately request the prosecution of the defunct Special Anti-Robbery Squad (SARS) officers who have been identified in the killings, torture, and rapes of citizens.

On this note, we applaud the request of the National Human Rights Commission (NHRC) to the Minister of Justice and the Attorney-General of the Federation, Mr. Abubakar Malami, to ensure speedy prosecution of 35 operatives of the defunct SARS. These officers were accused of human rights violations and abuse of office in a report by the presidential investigation panel.
We have watched with disdain the impunity, and outrightly denounce the assault on public and private properties by hoodlums.

The attack in many states of the federation on warehouses, and the looting of COVID-19 palliatives, which were supplied by the Coalition Against COVID-19 (CA-COVID), has thrown up another worrying dimension and exposes the rot and corruption in our governance system.

As a Civil Society Collective, we have begun tracking initiated court cases, particularly in Lagos and Ogun, this in addition to the panels of inquiry/restitution set up by the states; so far we are reviewing the 27 of the 36 states that already announced these measures.

We have also begun to document shreds of evidence with a view to track and underscore the various human rights abuses, following the End SARS protests; this includes the launch of the Missing Persons Portal and tracking of cases specific to violence against women. In addition, we are ready to provide live streaming and tech support to the Panel setup, in order to enhance the credibility of the investigative process.

We are worried that the NHRC which announced its constitution of an independent investigation panel into the activities of the dissolved SARS does not have a constituted Governing Council.

We immediately call on President Mohammadu Buhari to grant the Commission the needed capacity to conduct this investigation by inaugurating the Commission’s Governing Council without further delay.

In Section 7 (3) of the National Human Rights Commission Act, the Executive Secretary lacks the power to act without a Governing Council, thus invalidating any action taken by the Anthony Ojukwu led Commission.