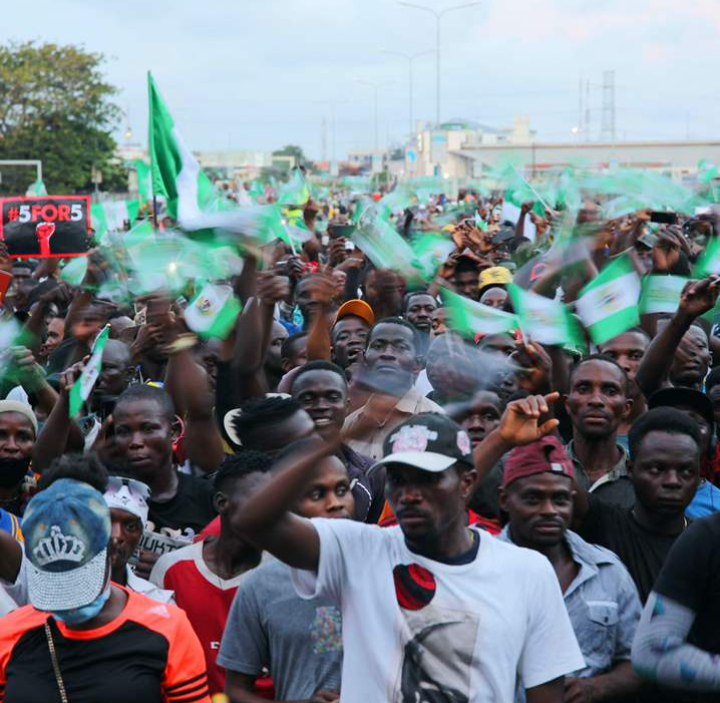 Amnesty International, a Human Rights Organization in Nigeria has weighed into the unwarranted massacre of the innocent citizens at the Lekki Toll Gate in Lagos on 10th October perpetrated by the military men and calling on the Nigerian authorities to end their attempts to cover up the massacre.

Amnesty International made this known in her press statement issued earlier this week claiming there was a release of a new timeline investigating the atrocity one week later.

The timeline which is available here collates photographs and video footage to confirm that Nigerian Army vehicles left Bonny Camp, a military base approximately a seven-minute drive from the toll gate, at 6:29pm local time on 20 October.

Footage then tracks the vehicles to the toll gate. At approximately 6:45pm, the Nigerian military opened fire on the #EndSars protesters who were peacefully calling for an end to police brutality.

“What happened at Lekki Toll Gate has all the traits of the Nigerian authorities’ pattern of a cover-up whenever their defence and security forces commit unlawful killings,” said Osai Ojigho, Country Director of Amnesty International.

“One week on, the Nigerian authorities still have many questions to answer: who ordered the use of lethal force on peaceful protesters? Why were CCTV cameras on the scene dismantled in advance? And who ordered electricity being turned off minutes before the military opened fire on protesters?

“The initial denials of the involvement of soldiers in the shooting was followed by the shameful denial of the loss of lives as a result of the military’s attack against the protests.

“Many people are still missing since the day of the incident, and credible evidence shows that the military prevented ambulances from reaching the severely injured in the aftermath.”

Amnesty International is again calling on Nigerian authorities to bring to justice those behind the shooting and to protect those who are exercising their right to freedom of assembly. The organization is still investigating the shooting, and the reported removal of bodies of those killed by the military in an attempt to remove evidence.

In the statement, Amnesty International further stressed that her Crisis Response experts investigated and verified social media videos and photographs that confirm the Nigerian security forces were present at the Lekki Toll Gate when the shootings occurred.

*At 6:29pm local time in Lagos, two military vehicles were filmed leaving Bonny Camp on videos shared on social media. Later footage shows four vehicles with flashing lights in a convoy, and they appear to be vehicles used by the Nigerian military and police. “

‘The same vehicles head east along Ozumba Mbadiwe Avenue – which changes its name to the Lekki-Epe Expressway – in the direction of the Lekki Toll Gate. On this route, the vehicles pass several international embassies and consulates, including the Japanese Embassy and the Australian High Commission.”

Further photographs and footage capture the vehicles arriving at the toll gate, before the peaceful protest is disrupted by men in military uniform and gunfire is heard. As night time descended, protesters continued to film and share videos of the shootings. Later in the evening, videos of the victims were also shared on social media.