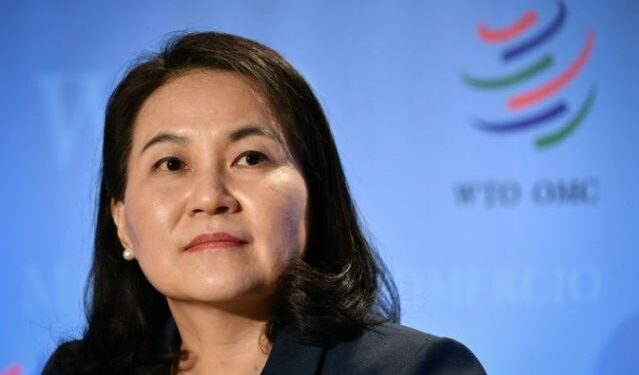 In a move to boycott Nigeria’s Okonjo-Iweala’s victory chances, the United States Department of State has communicated with its embassies to gauge whether their host countries are endorsing South Korean Trade Minister Yoo Myung-hee for next Director General of the World Trade Organization.

It also asked the diplomats to sway their host countries, in cases where commitment has not been made for Okonjo-Iweala, to support the South Korean candidate.

In a diplomatic cable sent on Sunday, the U.S. standpoint on supporting Myung-hee became obvious. However, it’s largely uncertain whether the U.S. support for Yoo would be enough to determine the outcome of the contest, which could be decided as early as this week.

A former U.S. trade official who was aware of the cable, but has not seen it, said she had been told that U.S. Trade Representative Robert Lighthizer had coordinated with Secretary of State Mike Pompeo on the issue.

During the WTO Heads of Delegation meeting which held, Wednesday, the WTO ambassadors tapped Okonjo-Iweala as the best pick to lead the organisation.

However, the US restated its support for Myung-hee to lead the WTO.