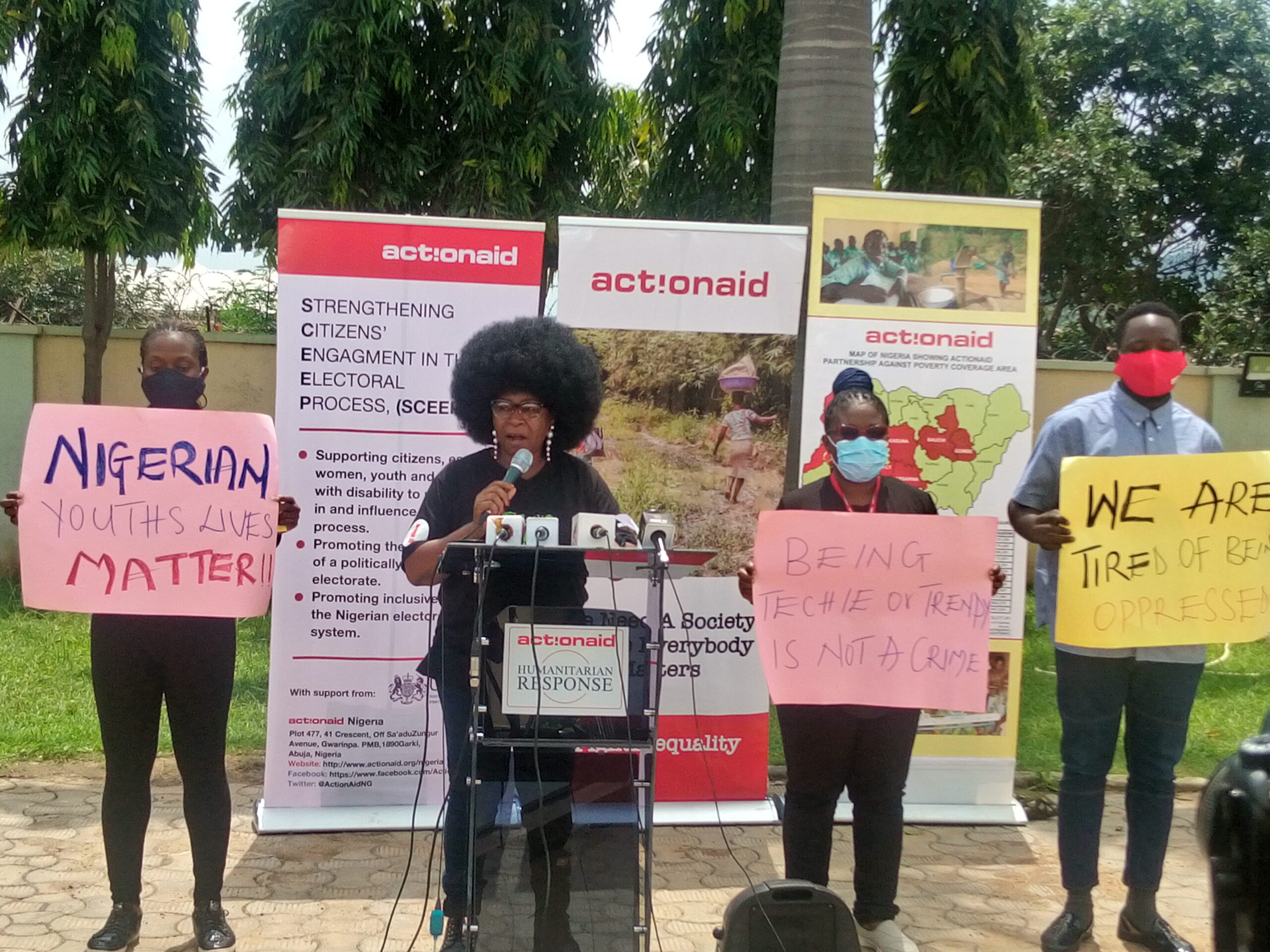 ActionAid Nigeria has applauded the level of resilience demonstrated by Nigerian Youths within the past few weeks amidst the violence that has trailed peaceful protests, whilst raising their voices against injustice and demanding for good governance.

The social justice organisation disclosed this in a statement issued on Friday while sympathizing with the families of the victims of the horrific attack by the Military men particularly that of Lekki, Lagos.

According to the statement “the resolve of the youths to remain peaceful in making their demands despite the attacks, violence, killings, hijack of the peaceful protests by hoodlums and provocative silence of the Federal Government has not gone unnoticed.

“On Thursday 22nd October, ActionAid Nigeria, like many other Nigerians watched the Nigerian President, Muhammadu Buhari’s long-awaited speech, notably without mentioning the shooting at the Lekki-Ikoyi toll bridge in Lagos, that led to the injury of scores of protestors and deaths as reported by the Lagos State Governor, Babajide Sanwo-Olu.

As a non-governmental organisation working to end poverty and all forms of injustice in Nigeria, we are deeply saddened and call on the President to:

ActionAid Nigeria also called on all State Governors to sue for peace by recognising all the lapses in the Presidential speech for prompt enforcement.

“As a development partner in the forefront of achieving social justice in Nigeria, we renew our commitment to support young Nigerians to take their space and ensure good governance in Nigeria. We urge the youths to organise peacefully and sustain the momentum of their quest for a participatory, accountable, transparent, responsive, effective and inclusive governance that follows the rule of law.” ActionAid said.