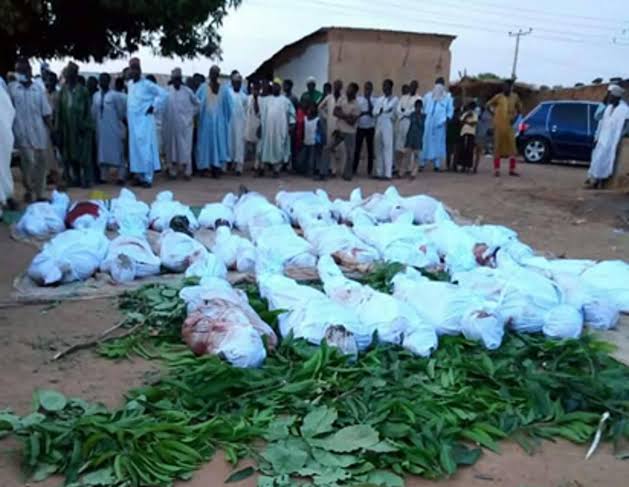 The Joint National Action Civil Society Coalition has expressed grave concern over the incessant and unchecked killings across the Southern Kaduna region of Kaduna State, and demands immediate actions by the Federal and State Governments to bring an end to the killings in the state, and ensure justice.

In a joint statement signed and issued today urged the constituted authorities to be drastic and decisive in putting an end to all forms of violent killings in the Southern Kaduna, an occurrence which has become frequent in the region.

According to the Statement, “The systematic and targeted attacks on communities in Southern Kaduna have included: systematic killings, sexual violence, maiming, and pillages – all pointers to an emerging genocide”

“From from our monitoring of the situation, no fewer than 367 lives were lost to these forms of violence with many more displaced between January, 2020 and June 2020. In the month of July alone, at least 97 lives have been lost to targeted attacks. Consequent to the spate of violence is a growing population of internally displaced persons, and a humanitarian crisis.”

“In spite of the curfew imposed by the State governor to check the violence, and despite the strategic location of multiple units of the Armed Forces within the state, these attacks have persisted . As a matter of fact, our monitoring of the situation has pointed to an increased spate of violence during the curfews, even with increased security deployments to the area.

The Coalition notes that the efforts of both the state and federal government in stemming the violence has not been commensurate to the level of threat that these communities are daily confronted with. While the government continues to insist on a narrative of peace and calm in the face of intense security threats to citizens, reports out of Southern Kaduna continue to prove otherwise.”

“Section 14(2)(b) of the Nigeria’s 1999 Constitution states that “the security and welfare of the people shall be the primary purpose of government”. In the same wise, Section 17(2)(c) of the constitution directs that “governmental actions shall be humane”.

“The persistent pogrom in Southern Kaduna and indeed other parts of the country does not suggest that the government is living up to its constitutional duty, showing itself to be unwilling or unable to confront these threats to the security and welfare of citizens, and by their inactions – inhumane.

“Worse still, statements by the federal and state governments have fueled the embers of mistrust ascribing their failure to protect lives and property to ill-founded narratives of ethnic, partisan, and religious mischief.

“It is against this backdrop that the Joint National Action Civil Society Coalition demands that the state and federal governments take clear and measurable steps to: