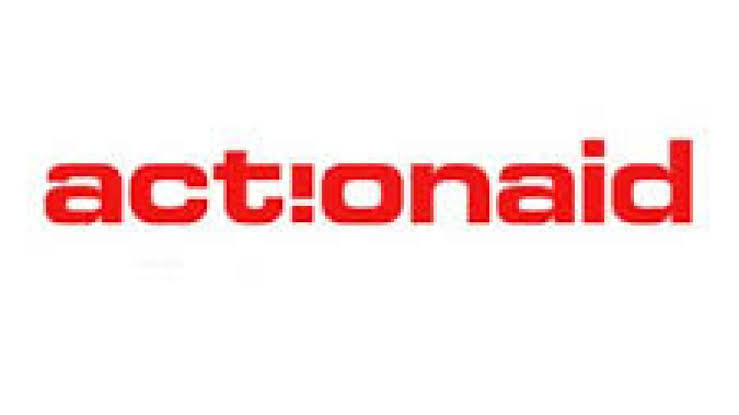 Action Aid Nigeria, a social justice organisation in Nigeria has said its position in supporting the fight against corruption and total elimination of all forms of corrupt practices in the country remains unchanged, urging the duty bearers to never relent in choking the corrupt activities and tendencies in the land.

The organization made this known in a four pager Statement titled “ActionAid Nigeria’s Position in Taming the Gale of Corruption”.

ActionAid, in the document, makes several recommendations based on numerous findings regarding the spate of corruption within the public sector, that could be useful in combating the hydraheaded corruption and would ultimately save Nigeria from the trap of poverty and underdevelopment.

According to the Statement, “Over the years, trillions of naira has been appropriated through budgets towards the development of the country. Yet the state of roads, electricity and water supply, schools, and hospitals remains inadequate to meet even the basic needs for a large part of the population”

More than one-third of Nigeria’s population lack access to safe water, and over 130 million citizens are without access to adequate sanitation. Many resort to drinking water from boreholes packed in sachets, which in some cases may have been exposed to feacal contamination in various homes. This invariably increases the disease burden on poor households.”

Read the full Statement Below:

ActionAid Nigeria’s Position in Taming the Gale of Corruption

The Niger Delta is the estuary of the Niger River sitting directly on the Gulf of Guinea on the Atlantic Ocean in Nigeria. It is typically considered to be located within nine coastal southern Nigerian states, which include: Akwa-Ibom, Abia, Bayelsa, Delta, Edo, Ondo, Imo, Rivers states. These states are also characterised by the crude oil endowment which makes some experts call them the geese that lay the golden eggs. Oil and gas are critical to Nigeria’s economic and social performance. Oil alone accounts for 40 percent of the country’s GDP, 70 percent of budget revenues, and 95 percent of foreign exchange earnings. Nigeria’s dependence on petroleum is much greater than that of many other major producing countries. These contributions to revenue have increasingly skyrocketed many times bringing booms to the Nigeria economy.

Nigeria has struggled to lift itself out of the poverty trap among other countries in the world, especially in the sub-Sahara Africa. Though, many experts have argued that the paradox of plenty and poverty co-habiting in Nigeria is a manifestation of the resource curse, but all the existing policy recommendations point to the same direction which is about having good leadership that can harness the huge resources to the advantage of the citizens in terms of providing basic social infrastructure that can drive economic growth and thereby resulting in poverty prevalence reduction.

Unfortunately, these policy recommendations and directions have been marred first and foremost by long rule of the military entrenched in corruption, and continued corruption of civil rule even in democracy. It appears corruption has taken deeper root now manifesting strongly in prebendalism, cronyism, contract splitting, diversion of funds, mismanagement, and misappropriation of scarce resources.

In the past, these manifestations have helped to fuel youth restiveness, militancy, kidnapping, and economic sabotage. But more worrisome is the level at which the Niger Delta region is neglected because of corruption. This has undeniably made more people in the region to slip further down below the poverty line.

While we welcome policy interventions by past and present governments in setting up institutions and designing of policies to address the lingering poverty of the people of the Niger Delta and Nigeria at large. We are really worried with the allegations and counter-allegations of corruption and the indictment of institutions and individuals saddled with the responsibilities of addressing the excruciating poverty problems in the Niger Delta regions as well as other parts of the country. These current gale of accusations and indictments being experienced in the past one week further corroborate a study carried out by ActionAid Nigeria in 2015 revealing the strong correlation between Corruption and poverty in Nigeria.

We like to infer from the study and in line with what is currently playing out with the EFCC, FMoJ, NDDC, NSITF, MoND, NASS, that the country may be heading in the wrong direction to achieving the Sustainable Development Goals (SDGs), with the leadership crisis, regional conflicts and state of anarchy. Consequently, these may unleash new marque of militancy, economic downturn, trust deficits in governments as well as heighten poverty, and exacerbate inequality gap. It is also worthy of note that though NDDC has the mandate to fill the development gaps in the Niger Delta, the FGN still has the responsibility to do more by ensuring the region overcome the challenge of infrastructural deficit, environmental degradation, loss of means of livelihood etc.

Over the years, trillions of naira has been appropriated through budgets towards the development of the country. Yet the state of roads, electricity and water supply, schools, and hospitals remains inadequate to meet even the basic needs for a large part of the population. More than one-third of Nigeria’s population lack access to safe water, and over 130 million citizens are without access to adequate sanitation. Many resort to drinking water from boreholes packed in sachets, which in some cases may have been exposed to feacal contamination in various homes. This invariably increases the disease burden on poor households.

With all these gloomy concerns and outlook of the region and the country at large, we would like to recommend as a matter of urgency that His Excellency, President and Commander in Chief of the Federal Republic of Nigeria-Gen Muhammadu Buhari rtd should consider for adoption, some of the recommendations below to complement what the Presidency had planned to address the unpleasant situations:
There should be renewed investments in civic education and re-orientation for both public office holders and the citizenry to promote the social contract needed to reduce citizens and leadership’s propensity to engage in any form of sharp practices and corruption.
Corruption should be made to be seen and addressed as anti-development issue, in which case governments at all levels should pay significant attention to social provisioning as a way of serving as disincentives for citizens to engage in corrupt behaviours.
The Federal Government should implement all aspects of the Procurement Act, including constituting and inaugurating the National Procurement Council. State governments should also enact similar laws, where they do not exist, and ensure effective implementation.
The Office of the Attorney General should enforce compliance with the Freedom of Information Act across all Ministries, Departments, and Agencies.
The Federal Government should ensure that all anti-corruption agencies are autonomous with functional boards for effective oversights and given all the powers and resources needed to discharge their mandates of fighting corruption.
Responsibility of the National Assembly
The corruption-fighting agencies should be streamlined, reformed and strengthened in order to avoid administrative conflicts and unhealthy rivalry with similar agencies.They should also be made to be corruption preventive oriented, cost-effective; free from the clutch of the executive arm and other forms of control; and facilitate optimal performance. The specific actions to be taken include:
Reforming the anti-corruption agencies to weed-out non-performing staff and elements that frustrate and weaken the internal operations through their resistance to change.
Adequately funding the agencies, including designing and employing modern Information, Communication & Technological systems to enable them to conduct their affairs in a transparent and professional manner
Granting the agencies relative autonomy from the executive and legislature
The immunity clause should be removed from the 1999 Constitution of the Federal Republic of Nigeria (as amended) in order to deny public office holders the opportunity to engage in corruption and other forms of impunity and escape unsanctioned,and to serve as a deterrent to public officers from engaging in corruption. The specific action to be taken is the review of the 1999 Constitution to make it mandatory for the person holding the office of President or Vice-President, Governors or Deputy Governors to be tried in the court of law for criminal offences committed while in office.
The extant laws in the Penal Code should be reviewed to increase penalties, which will serve as a deterrent to public officers from engaging in corrupt behaviours.
There is need to review and reform the current tax system as a way of reducing lapses or loops which induce corruption. Many government agencies, especially the gateway agencies, collect money that never gets to the treasury.
The Whistle Blowers Protection Bill should be speedily passed.
Responsibility of Anti-Corruption Agencies
Anti-corruption agencies must institute a programme of robust documentation and the building of a reliable database on corruption.
A process of monitoring for corruption should be instituted to facilitate the taking of proactive measures, rather than wait for people to make complaints.
The Code of Conduct Bureau should ensure the compliance of the law with respect to the declaration of assets by public officials and promptly prosecute defaulters.
There is need for the anti-corruption agencies to mobilise various stakeholders around a strategic programme of fighting corruption in the country.
Responsibility of Civil Society
Civil Society Organisations (CSOs) should scale up the education of citizens to facilitate the understanding that public funds are not resources for government officials, but resources for the provision of public good. CSOs should partake in continued advocacy for the passage of all anti-corruption related legislations at all levels.
CSOs should advocate for effective and unrestricted implementation of the Freedom of Information Act.
Monitoring of compliance with all anti-corruption laws, including the Freedom of Information and Public Procurement Acts, should be undertaken by CSOs.
Advocacy should be undertaken by CSOs to ensure that states fully implement the Freedom of Information Act.
CSOs should engage in systematic monitoring and reporting of advocacy activities.
CSOs should drive the campaign against corruption to the grassroots level to ensure that the critical mass needed to achieve traction in the campaign is possible.
Sensitisation and advocacy efforts related to corruption should be extended to the private sector.
Responsibility of Anti-Poverty Agencies
Data-driven social protection programmes should be promoted, and social services expanded, most especially education (both academic and vocational) and health care programmes.
Appropriate economic policies to promote sustainable growth in vital sectors capable of reducing poverty, inequality and expanding employment and entrepreneurship opportunities should be introduced.