“We Yorubas must be Proud of our Culture” – Osun Commissioner urges Yorubas across the globe. 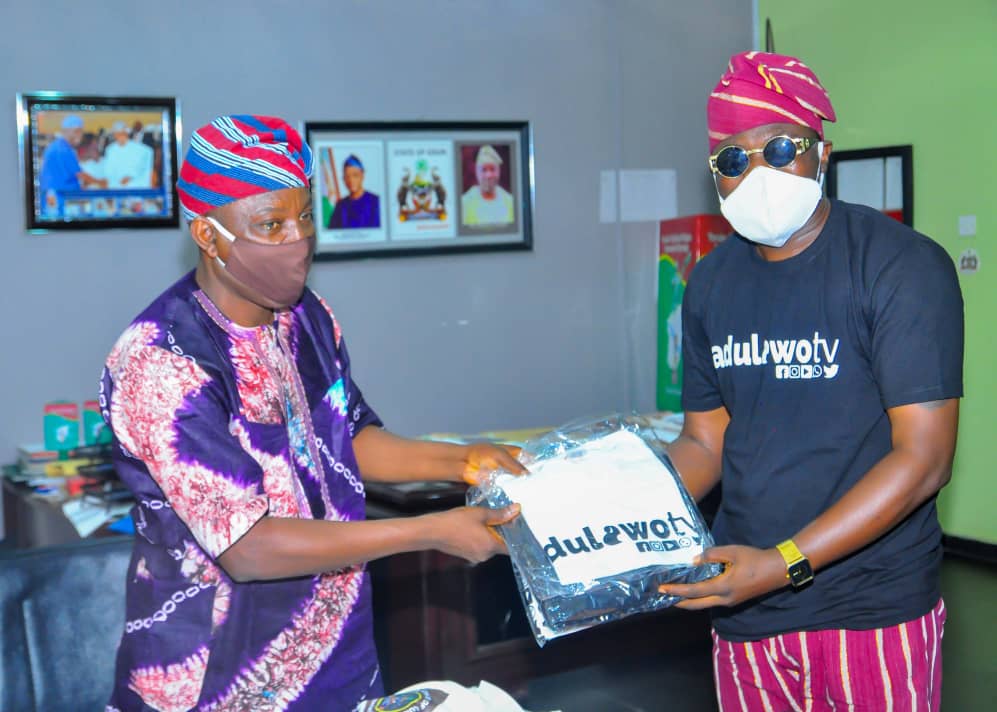 Osun Commissioner for Culture and Tourism, Dr. Adebisi Obawale has urged Yoruba people to be proud of their Culture anywhere they found themselves.

The Commissioner gave the charge in Osogbo during a courtesy visit paid him by the Chief Executive Director of Adulawo TV, Lagos State.

Dr. Obawale explained that the Western Countries cherish Yoruba Culture in terms of language, dressing, music among others.

According to him, “We have Buba and Sokoto which both Primary and Secondary Schools are supposed to be wearing but, they are wearing shirt which is not part of our Culture and that is a borrowed style. So, if the Church and Mosque are singing Yoruba songs and they are wearing Yoruba attire, that should be our pride and that is the way I see it.

“We are breaking even because, we are doing so much to preserve Yoruba Culture and to sell it more to the whole world. The first approach to sell the Cultural activities of the black race is the introduction of “Karele Oodua”which is aimed at bringing people in the diaspora to come and see it.

Quoting Ooni of Ife, Oba Adeyeye Ogunwusi, “Yoruba people in the whole world is about five hundred million and about fifty million in the South West, Nigeria” ” So, others that believe in us will come and learn more about our Culture, then, go back to sell it.

“Another thing is that, we should be proud of what we have and who we are especially, the Cultural aspect of it by putting on Yoruba dress even when we travel out of the Country.

“We will do more programmes that will cut across every areas in terms of Culture where people can contact us online and sell our Cultural programmes to them. As a Ministry, we are supposed to have inter-relationship with the rest of the world in terms of Conferences, Seminars, Workshop and so on If not for COVID-19 Pandemic, some of the programmes would have been held but as soon as we are done with it, we are going to start it.” Obawale explained.

Speaking earlier, the Chief Executive Director of Adulawo TV, Olusegun Daramola appreciated the Commissioner for his kind gesture, adding that, Adulawo TV is looking for a way to partner with the State in order to promote Culture in the State of Osun.

The CEO therefore presented vests to the Commissioner with the inscription of Adulawo TV and Ministry of Culture and Tourism, State of Osun.