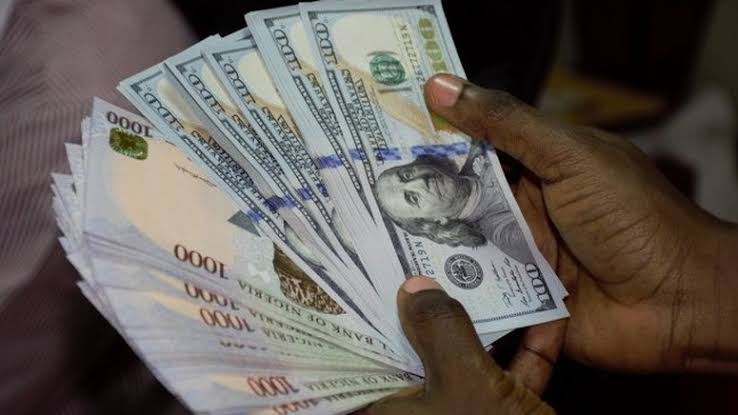 On Thursday, the naira exchanged between N405 and N420 to a dollar in the Bureau De Change segment of the market.

The President, Association of Bureaux De Change Operators of Nigeria, Aminu Gwadabe, said the crude oil price which fell drastically in the international market to as low as $35 per barrel, raised speculations among the BDC operators and Nigerians in general.

He said this caused speculations in the market which were not necessary.

Gwadabe said, “With the fall in oil crude oil prices on Monday, we witnessed a lot of foreign investors portfolio dropping their assets, most especially to convert to cash.

“The movement was as a result of recklessness on the side of the operators, when they want to speculate, but there is no reason for such because the Central Bank of Nigeria had continued to maintain support for liquidity to the BDC sub-sector.”

While noting that the dollar sold for as high as N400, he said sanity was gradually returning to the sector as it sold for N375 by the close of the day.

According to him, the CBN had maintained stability at N360 in more than three years.

He said in its meeting with the CBN on Thursday, the regulator warned the BDCs against contraventions.

The ABCON president disclosed that the CBN wanted to revoke the licences of some BDCs for various infractions but fined over 100 BDCs over N5m for various offences.

Another BDC operator who spoke with our correspondent said, “When we woke up on Monday, the exchange was still about N360, but all of a sudden, because of the fall in crude oil price, people were panicky.

“Today, we still sold for up to N420 but the price was fluctuating.”

The CBN also expressed its displeasure on the issue in a statement, saying the speculative activities of unscrupulous players in the foreign exchange market was borne out of the impression that the CBN was on the verge of devaluing the Naira, and triggering panic in the FX Market.

“These rumours are false, unwarranted and calculated to serve their dubious and selfish ends,” it stated.

It added, “We have begun a robust and coordinated investigation in collaboration with the Nigerian Financial Intelligence Unit and related agencies to uncover the unscrupulous persons and FX dealers who are creating this panic, and the full weight of our rules and regulations will be meted out to them, including, but not limited to, being charged for economic sabotage.