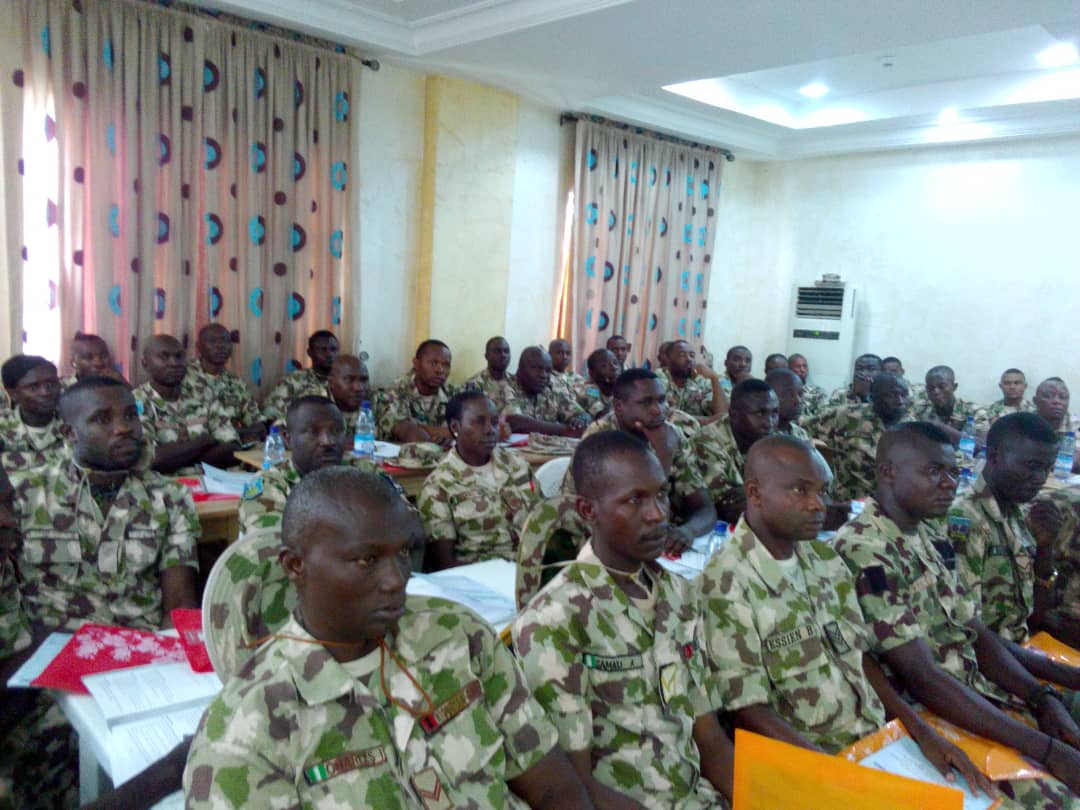 The National Human Rights Commission (NHRC) and the United Nations High Commission for Refugees (UNHCR) have commenced a two-day training for the Nigeria Army on Human Rights and civil Protection during counter insurgency in the Northeast.

He said that the war against insurgency was complicated by the asymmetric nature of the conflict.

“The insurgents live within us and there is hardly a clear drawn battle-line between the insurgents and the civilian population.

“There is, therefore, an extreme need to prosecute the insurgency operations to win the hearts and minds of the civilian population of Nigeria.

“This underscores the importance of this training on mainstream respect for human rights norms and civilian protection into the counter insurgency operations,” he said.

Richmond added that this would not only reduce the casualty level but would also reduce humanitarian consequences of internal displacement and protection challenges arising from it.

In his remarks, Gabriel Idoko, UNHCR’s Head of Field Unit in Yobe said that the training was to improve the knowledge of the army on some of the requirements and principles that governed counter insurgency operations.

The key among them was that the civilian population must not be targeted and also all efforts must be made to ensure their protection from harm by the insurgents.

A participant, Cpt F.E Ekwe, expressed gratitude to the two organising bodies saying: “It is very good that we have been brought here to learn more from the experiences of these two bodies, to join to what we already knew.

“And also to see how we can operate properly without infringing on the rights of the civilian population we are protecting,” he said.