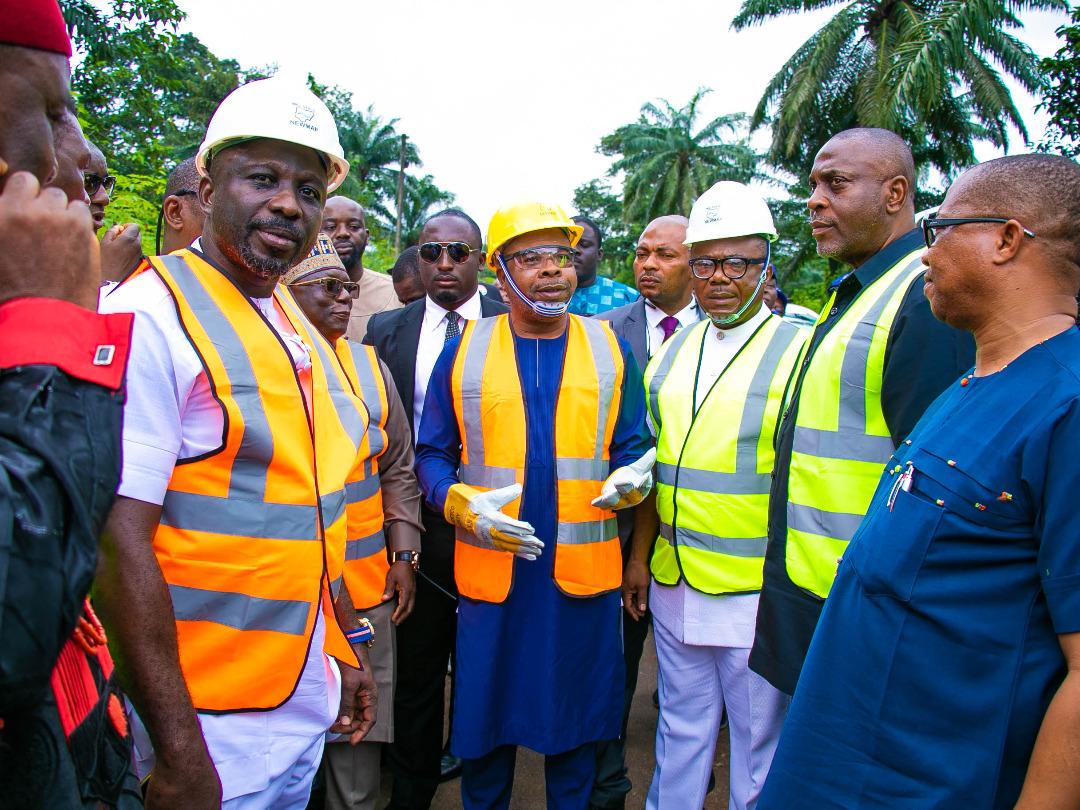 The governor said that his administration had paid the N500M counterpart funding to Nigeria Erosion and Watershed Management Project (NEWMAP), an agency of the World Bank, under the Federal Ministry of Environment and Natural Resources, to bring lasting solutions to the problems of erosion in the state and open doors for Development partners to come into the State.

He said, “it is the priority of the government to safeguard lives and properties of Imolites. Erosion poses a threat to both. Hence when NEWMAP called on the state government for partnership, I directed that half a billion Naria counterpart funding be paid to the agency whose track records are known to the us.

The Imo number one who commissioned the erosion control scheme at Ideato North civic center, decried the infrastructural decay in the state and financial recklessness of the past administration but assured that his administration is prepared for governance and in a hurry to redevelop the state.

Gov Ihedioha said, “We are in a hurry to redevelop Imo State and we will stop at nothing to restore the glory days of the state. Records available to us suggest that huge amount of money was mapped out by the previous administration to remedy the menace of erosion in Ideato North and other places, sadly but unsurprisingly, the projects were not carried out and the funds were not accounted for, leaving the residents at the mercy of flooding for the past five years”

“The site has no doubt discouraged economic activities between Orsu and Ideato North Local Government Councils as it links to a major market in Orsu LGA, Ekeututu Market”.

The governor noted that no government can succeed without partnering with agencies like NEWMAP, “What we commissioned today is a project worth 9.8 billion Naria but we only had to pay half a billion to have access to it. This is so because we know how to properly engage the services of agencies like NEWMAP for the development of our state.

Reassuring that both rural and urban areas would get equal attention from the government, “We came here to keep to our words that IMO will be on one page.
I said there will be no north, there will be no south. IMO will be a one stop shop. What is important to us is to improve the quality of lives of our people irrespective of where you came from,” the governor said.

In his remarks, the team leader of NEWMAP, Dr Amos Abu, said Gov Ihedioha had shown purpose in leadership and interest in the welfare of Imolites. He noted that Ihedioha displayed wisdom by cashing in on the olive branch extended by the agency.

Dr Abu, who was represented by the National Project coordinator of NEWMAP, Alhaji Salisu Dahiru, said,” The erosion site is the biggest of all the works NEWMAP is doing in Nigeria. Imo governor is interested in the welfare of his people. The Community and the people must consider themselves lucky for having a governor that is interested in bringing projects home”.

“For more than 8 years we have had this golly erosion site. In less than two months, the project has been flagged off by the Governor. That for us is a mark of leadership”, Dahiru noted.