#Insurgency: NHRC Build Capacity of Military men in the Frontlines 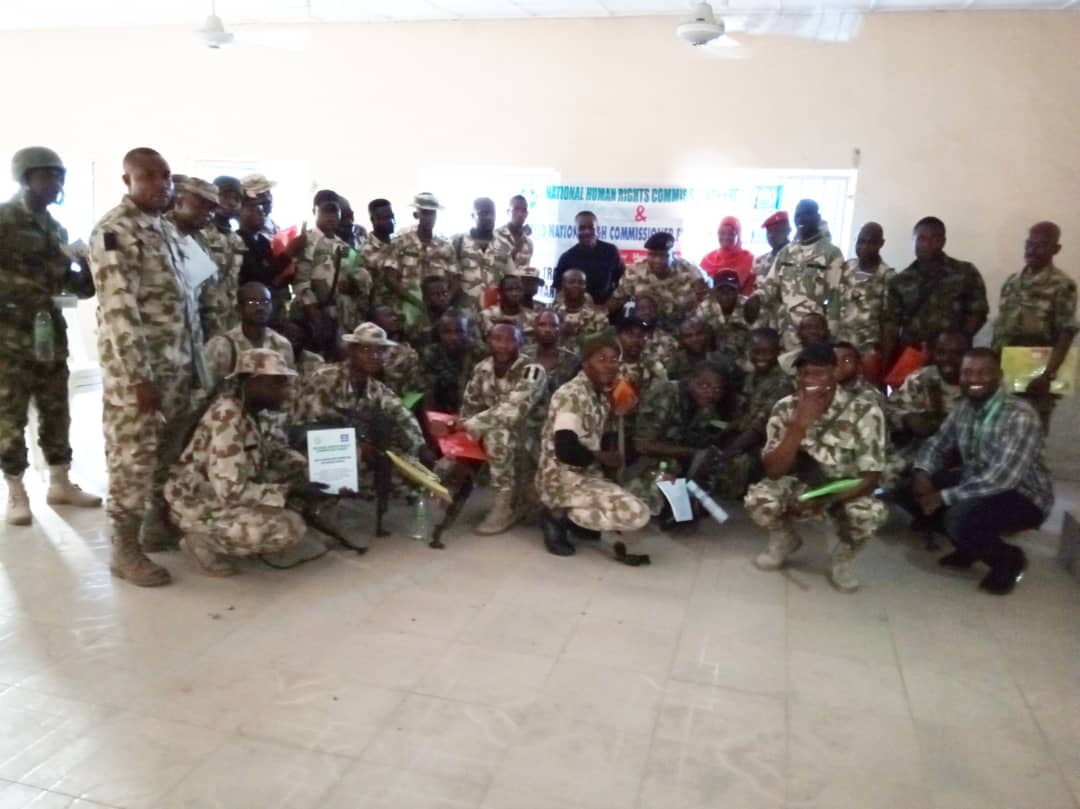 In its efforts to ensure effective Mainstreaming of Human Rights and Humanitarian Principles and Civilian Protection into Counter Insurgency Operations in the North East, the National Human Rights Commission has taken the training for the Military to the Frontlines.

In his welcome statement in one of the locations of the training in Bama Borno State, the Executive Secretary of the Commission Tony Ojukwu Esq said the justification for the training cannot be over
emphasized as the war against insurgency is complicated by its asymmetric nature.

At the training which was put together by the National Human Rights Commission with support of the United Nations High Commissioner for Refugees (UNHCR), the Human rights Chief lamented the untold
hardship caused to innocent civilians as a result of the insurgency, he said the training was imperative considering that most of the officers who come in contact with the insurgents are in the frontlines.

He noted that experience gathered from years of military training by the Commission in the North East shows that officers in the frontlines deserve to be trained and retrained on mainstreaming human rights in their operations.

According to him, this will enable them uphold the human rights and fundamental freedoms of the citizens as guaranteed by the constitution.

The areas covered in the training are mostly the epic center of insurgency in Borno State like Gwoza, Bama, Damasak, Mongonu and Ngala.

The Executive Secretary further stated that in order to sustain the gains made in the fight against insurgency, the Commission in collaboration with UNHCR conducted a train of trainer programme for key Military officers in Maiduguri early in the year “it is expected that the training is stepped down to the Brigades, Platoons and other Military Formations and Units in other parts of the North East like it is presently taking
place here today”.

The Brigade Commander of the 21 Armored Brigade Bama, Col. Vitus Unachukwu expressed delight at the training saying the officers who have benefitted from the rear training cannot afford to fall short of their duties especially in relation to the respect for human rights.

He enjoined them to make the best use of the opportunity to better their performance and live a good legacy for emulation in the military.

One of the resource persons Maj. E.S Krigbode, O.C Military police said the training has exposed participants to a lot of acts that are condemnable by the military.

He said even though some of them are contained in the rules of engagement, learning about them from another agency of government like the NHRC will not only refresh their memories but will make them guard against such acts.