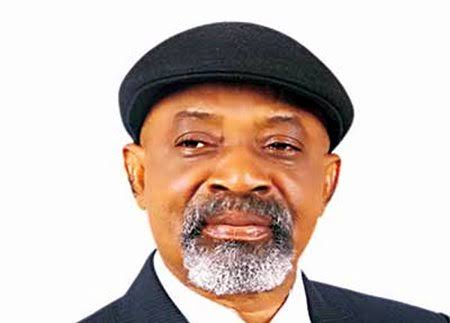 Dr Chris Ngige, Minister of Labour and Employment, has asked workers to disregard the call by Nigeria Labour Congress (NLC) for a one- day national protest on Monday.

Ngige made the call in a statement issued by Mr Nwachukwu Obidewe, his Special Assistant on Media, in Abuja on Friday, saying the directive by the NLC President, Mr Ayuba Waba, that workers protest on Monday, May 13, 2019, was unlawful.

“The calling out of workers on a flimsy and selfish excuse of non-inauguration of the board of the Nigerian Social Insurance Trust Fund (NSITF) with Comrade Frank Kokori as the Chairman did not constitute a trade dispute as contained in the Labour Act.

“The issue in question is political. It is about the exclusive right of the president of the Federal Republic of Nigeria to make an appointment.

“This is clearly outside the purview of the Trade Union and Trade Disputes Act, hence imperative for workers to go about their normal businesses.

“ It is important to state here that every worker is supposed to put in eight hours of work per day for five days in a week in line with the ILO Convention.

“Therefore, using the office hours for such protest without the approval of the employers is unlawful, ‘’the minister said.

He added that the 40 hours a week which the Nigerian workers subscribed to should be used for productive ventures, especially in view of the new National Minimum Wage and the consequential financial adjustments.

The minister said that the directive by the NLC to workers to attack him and his family members anywhere they were sighted was a criminal offence.

He stressed that the minister remained the competent authority in all issues concerning labour in Nigeria.