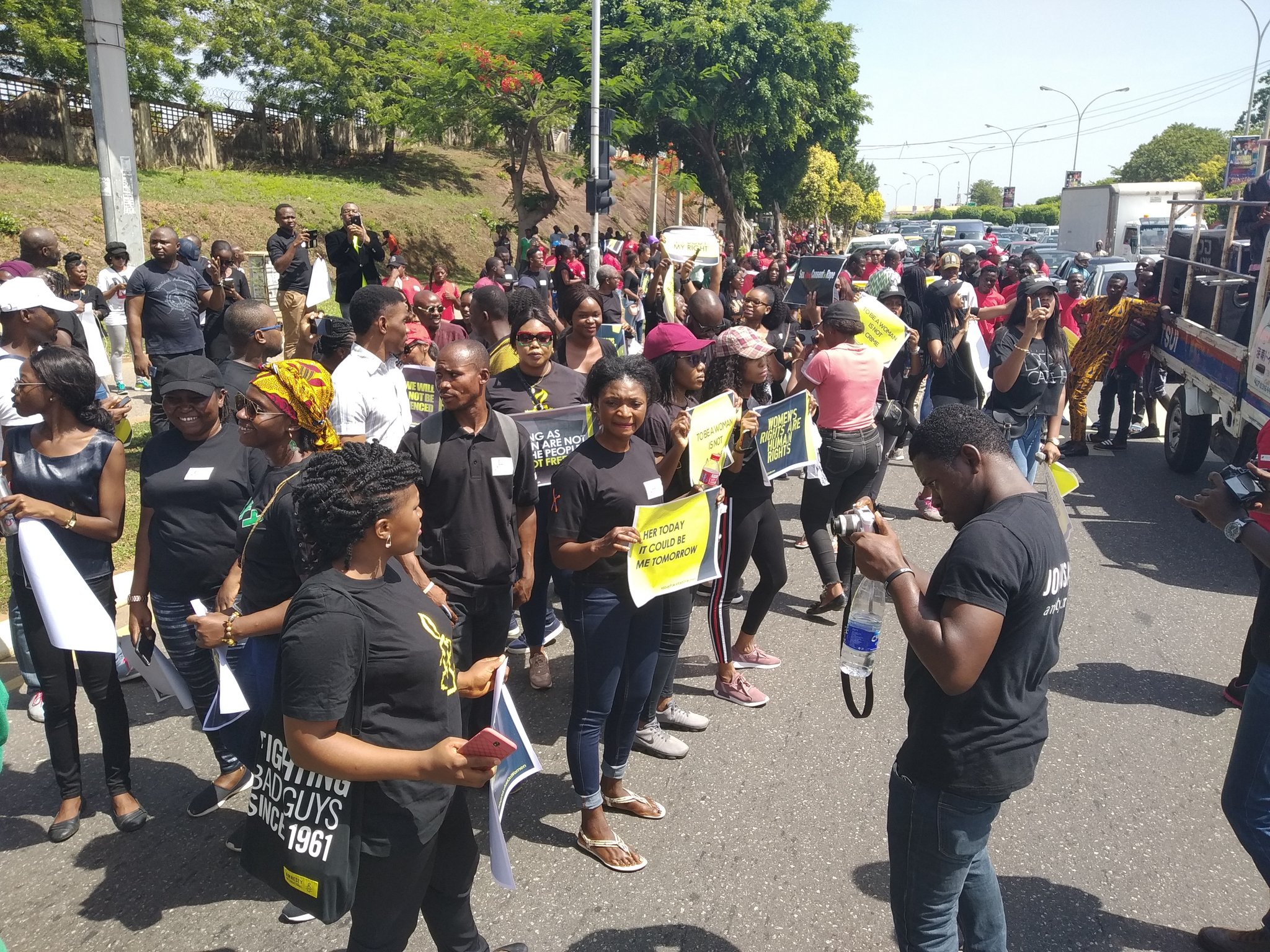 Silence becomes a crime in face of any form of injustice. As a people, we need not to be reminded that our next door neighbour whom suddenly becomes a victim of arbitrary arrest and assault could be a pointer that yours might just be a few days away.

It could also be an indication that there have been a serious security breach somewhere by unscrupulous elements.

It becomes an issue when those (police) who have been mandated to protect the lives and properties are the major perpetrator of these hideous acts of human rights violations such as rape, abduction, assault, extortion as well as unwarranted arrest of the innocent citizens who are proudly going about their daily lives.

Major targets of these unscrupulous beings- (police and security agents) are usually the most vulnerable ones such as women, juvenile and even persons with disabilities in the society. They prey on them at will, when nobody sees them. They know they have less/weak power to fight back or to defend themselves.

Collective voice and action just like what happened across Abuja and London yesterday where Nigerians all came out in large to collectively say ‘enough is enough’ to arbitrary and unlawful assault and raid by the security operatives on Abuja women could be only way out.

At the protest yesterday young women, women groups, civil society organizations amongst other were seen brandishing placards with messages calling for justice and proactive steps on the part of the government in putting an end to all forms of violence against women.

“We have had enough! We have suffered in the hands of Abuja Environmental Protection Board (AEPB) and the FCT policemen” a Leader of commercial sex workers in Abuja cried out during the protest.

Another protester name withheld, from an NGO based in Abuja said Government must call the police in Abuja to order and stop harassing and assault women in the city.

She stressed that working class women, traders, students commercial sex workers have on several occasions become victims of rape, assault, extortion and unlawful arrest even as they peaceful go about their daily lives.

“This madness has got to stop in this city”

“Most women in Abuja are no longer safe due to assault and rape by the AEPB officials and Policemen”.

However, Representative of Minister of the Federal Capital Territory who came out to address the visibly angry protesters said that the Minister and his team has been working day and night to sanitise the system.

“I can assure you that Minister and his team are currently working to sanitize the system”.

Violence against women by the security agents is a serious human rights violation therefore the society must collectively reject it.

We must learn to keep fighting until we kick all forms of human rights violation to the kerb as a people. We must at all times understand that harnessing the power of social action is the only way to restoring sanity back into social fabric.