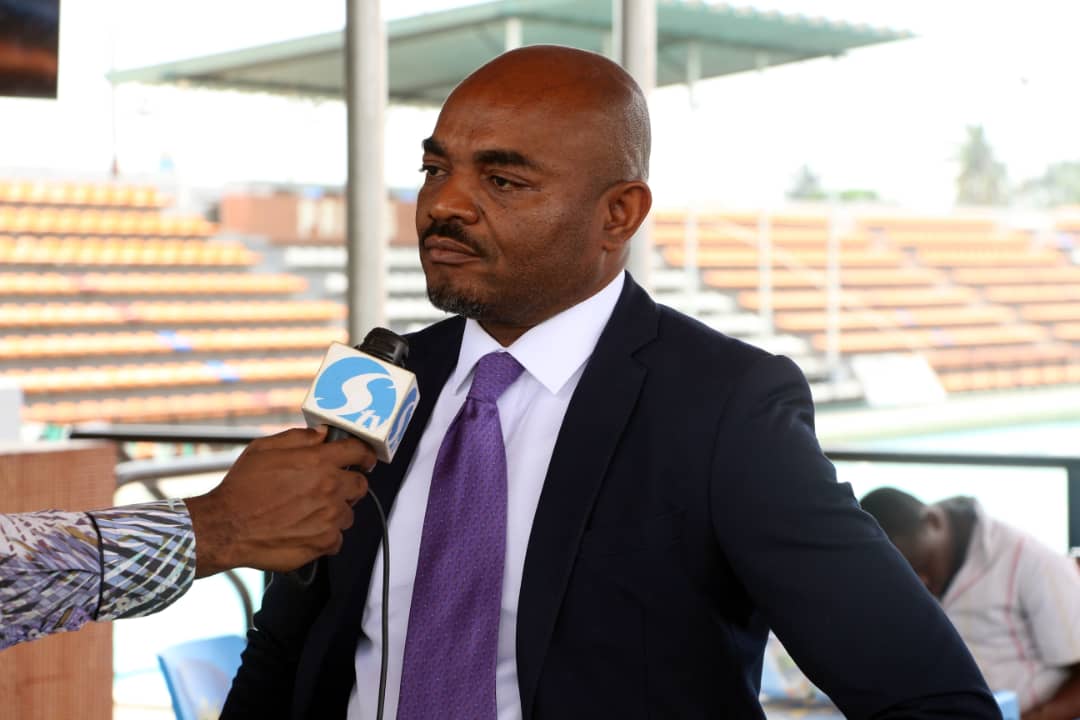 Disgruntled  by controversy surrounding activities with regards to raising funds for a kidney transplant for popular actor, Mr. Leo Mezie, President, Actors Guild of Nigeria (AGN) Mr. Ejezie Emeka Rollas has appealed to the public to desist from sending monies to accounts that are not in Mezie’s name so that he can have access to the funds.

‘We are saying that anybody who wants to assist him should pay directly into his account not the AGN foundation account. We will be bringing some skits to educate the public on how to go about that. Any other account anywhere should be disregarded. If you want to assist Leo, there is no contractual agreement with any NGO or group that is masquerading under the name of trying to help Leo Mezie. If Leo Mezie will live, he will live directly from his account. He doesn’t have to go to be spoon fed in lieu of this. We want to set the record straight that we want to clear the internet space’.

Rollas made the appeal at a media parley recently in Surulere, Lagos said that ‘the AGN foundation is set up for ailing actors and not meant to be raising funds on individual basis. Also, another actor, Mr. Jimmy Makinde who is down with stroke would be receiving support from the AGN foundation as well’.

Rollas said ‘AGN or Nollywiood are not the only people living in this country. Other people have cases and they sought themselves out without rushing to the internet to do all of this. And we do not want to wash our dirty linens outside.”

He also added that they have obtained necessary documentations that would enable the foundation seek for assistance for Mezie.

He said: “Recently, all over the internet, we have heard different stories concerning one of our own, Mr. Leo Mezie – about a fund raising campaign to get him a kidney transplant done outside Nigeria. Upon the information as it got to me, I quickly called the chairman of the fundraising Mr. Segun Arinze and chairman, Actors Guild of Nigeria, Lagos State chapter, Mojisola Oyetayo and took a decision to visit Mezie to ascertain the true picture of things. On Monday, Oyetayo and I went to Idimu at his brother’s place and met him. After listening to his story, we got convinced that Mezie needs urgent attention to enable him live. Early this morning, we went to the hospital to conduct necessary test and obtained necessary documentations that would enable the foundation seek for assistance for him. We are looking to raise the sum of N20m for his case.

Our concern is that in the last four years, the internet has been bombarded with actors sourcing for funds for one illness or the other. We all remember the case of Prince James Uche and the controversy that is always following such drives for funds. That is why last year; we decided to set up the AGN foundation. The foundation is a corporate entity. Before we talk of raising funds at this level, we will ascertain certain form of authenticity of the ailment. But the foundation has not started running. We only set up a committee, did a presentation to the media. We have not officially launched the foundation. We are looking at the month of May to do that.

Recently, because we got some money we were able to give out little assistance. We call it temporal relief to some members who had fallen sick and were unable to take care of themselves. We decided since the foundation was not up and running, we distributed little money to some of them while we prepare for the programme of the foundation which includes a charity show, among other activities. People are misunderstanding the essence of the foundation. We have looked at this Leo Mezie’s case and it is something we have to tackle immediately.

Former president of the guild and chairman of the AGN foundation, Segun Arinze said: “I honestly do not know why each time we try to do something positive, it is bedeviled with controversies which are not healthy for the industry. I remember last year I was called upon by the president who has this idea of setting up the AGN foundation and haven discussed at   length the concept, I liked it. He suggested I should be the chairman of the fund raiser. The foundation in itself hasn’t really taken off. But unfortunately some people misread the concept of what we are doing. Like we said, AGN would not go cap in hand begging for anyone who is sick, it’s the foundation and this is what obtains all over the world, even in Hollywood, Bollywood.

I don’t have anything against anybody wanting to raise funds for Mr. Leo Mezie. First and foremost Mezie is a Nigerian and he is an actor. What I do not want is do not rob mud on a corporate entity just because you want to score some cheap points. I don’t intend to mention names but I just want to say clearly, if you want to raise funds for him, feel free to do so on your own but we as AGN, we have said through our foundation that if you also want to send money to Leo, his account is there, send directly to him. We on our own part will do the best. I appeal to the AGN to stop all these controversies.  Do not drag AGN into this’ he concludes.

Further giving credence to the points made by Rollas and Arinze, chairman, Lagos state chapter, AGN Mojisola Oyetayo said: “We have had strategic meeting with Leo personally and everything we intend to do for him we have done and send directly to his account. We beg the public to desist from sending monies to strange accounts that are not in Leo’s name so that he can have access to these funds. As a matter of fact after the process of the transplant, he will still have to go for a lot of post treatment which if he misses one tablet is just as good as packing up again. So he needs more money than after the transplant. He really is down and you can help us to save him.”

For Tony Mezie, Leo’s younger brother, the situation is true. “I want to appreciate AGN for all their efforts. We as a family are trying to come out of this in one piece and hopefully our brother will be fine.

While informing that the account details of Mr. Makinde would be made available for direct donation, Rollas appealed to actors to update their membership with the guild.