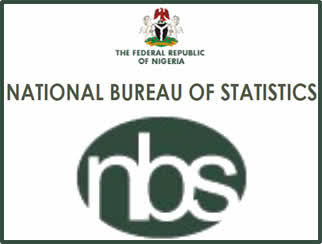 The National Bureau of Statistics says the Consumer Price Index which measured inflation decreased to 11.31 per cent (year-on-year) in February from 11.37 per cent recorded in January.

The NBS made this known in its “CPI and Inflation Report’’ for February released in Abuja on Friday on its website.

The bureau said the figure was 0.06 per cent points lower than the 11.37 recorded in January in the period under review.

It said the increases were recorded in all Classification of Individual Consumption by Purpose divisions that yielded the Headline index.

On a month-on-month basis, it said the headline index decreased to 0.73 per cent in the period under review by 0.01 per cent points from 0.74 per cent recorded in January.

It, however, measured the CPI at 11.56 per cent in the period under review, indicating a 0.24 per cent decline from 11.80 per cent recorded in January.

The bureau said the urban inflation rate decreased to 11.59 per cent (year-on-year) from 11.66 per cent recorded in January of the same year.

It said the rural inflation rate also decreased to 11.05 per cent in February from 11.11 per cent recorded in January.

According to the NBS, the CPI measures the average change over time in prices of goods and services consumed by people for day-to-day living.

It said the construction of the CPI combines economic theory, sampling and other statistical Techniques, using data from other surveys to produce a weighted measure of average price changes in the Nigerian economy.

It added that the production of the CPI requires skills of economists, statisticians, computer scientists, data collectors and others.