‘Cover plate number is no longer permitted in Nigeria’ -IGP 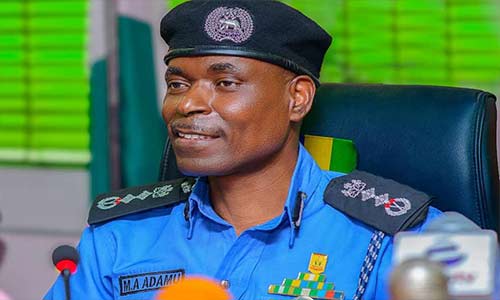 The Inspector-General of Police, Ag. IGP Mohammed Adamu has banned the use of covered Vehicle Number Plates by all unauthorized users across the country.

The order which is with immediate effect came following intelligence report that covered number plates may be used to commit electoral offences.

Asides the threat to the polls, the IGP also noted that covering of vehicle number plate amounts to clear breach of the Road Traffic Act and other relevant laws of the land.

The IGP also warned that any security personnel found escorting their principal with an unmarked vehicle or those with masked vehicle number plates will be arrested and dealt with accordingly.

This is contained in a statement in Abuja on Tuesday by the Force Spokesman, ACP Frank Mba.

The statement reads: “The IGP gave this order on Tuesday, 5th March, 2019, following intelligence report that the unwholesome practice may be deployed by some unscrupulous persons to aid the commission of electoral related offences before, during and after the Saturday, 9th March, 2019 Gubernatorial/House of Assembly elections.

“Apart from the above immediate possible threats to the polls, the IGP also noted that the covering of Vehicle Number Plate amounts to a clear breach of the Road Traffic Act and other relevant laws of the land.

“In addition, the act could also impact negatively on national security and safety and has the capacity to; heighten criminal activities, engender atmosphere of lawlessness, shield perpetrators of crime and place unnecessary pressure on security agencies in their routine crime prevention and monitoring tasks.”

The IG also directed all Assistant Inspectors General of Police (AIGs) and Commissioners of Police (CPs) in the Zonal and State Commands to strictly enforce the restriction order at their various Areas of Responsibilities (AOR) and to ensure that all defaulters are dealt with according to the law.