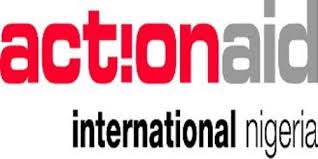 On Wednesday, February 27th at 4:38am, Retired Major General Muhammadu Buhari was declared winner of the 2019 Presidential Elections and returned elect. Upon his inauguration on June 12, Buhari will serve as Nigeria’s president for another four-year term, from 2019 to 2023.

ActionAid Nigeria as an accredited observer of the 2019 general elections, observed in 11 states (Kaduna, Gombe, Bauchi, Akwa Ibom, Kebbi, Ondo, Kogi, Kwara, Delta, Ebonyi and Lagos) and the Federal Capital Territory and deems it fit to comment on the outcome of the presidential elections as follows:

The Electoral Process – Turnout, Challenges and Credibility of the Elections.

Call for Post-Election Peace
“Nigerians are a passionate people,” says Country Director, Ene Obi. “But we must never let passion overrun our logic; reacting to the results of an election with violence is deeply illogical. ActionAid urges all Nigerians to accept the results of the elections in good faith so that we, as a united nation, can move forward in building a better Nigeria.

For those who reject the credibility of the elections, we encourage them to take appropriate legal action. Violence will not resolve the issues; it will only create new one.

What Issues Should the President Prioritise?

While there are a great number of issues that undoubtedly need to be urgently addressed.

ActionAid believes that insecurity, human capital development, poverty eradication and corruption should be prioritised by the re-elected president.

“Addressing poverty must be an immediate and long-term priority for the re-elected president. The current levels of poverty in the country are completely and utterly unacceptable,” says Ene.

“We are the richest nation in Africa and yet over 87 million of us live in poverty. It is deeply unjust, but more than that, it is dangerous.

“Boko Haram was able to take hold in Nigeria as a direct result of the impoverishment and marginalisation of the people. It is no coincidence that the insurgents’ stronghold is in the north-east of Nigeria, where poverty is at its worst. It is evident that an effective
implementation of pro-poor policies is needed to defeat them.

“To bring an end to poverty and insecurity in Nigeria, Buhari must vastly improve public services and infrastructure, intensify efforts in tackling the corruption that plagues this country, and look for alternate revenue sources, such as the proper taxation of foreign companies. Currently Nigeria loses an average of 15 billion USD a year to illicit financial
flows, of which most are harmful tax practices. This lost revenue could put millions of out-of￾school children back in the classroom.”

While the President is ultimately responsible for the state of the country in the next four years, citizens also have a key role to play. “Nigerians are a very politically aware people,” states Ene,

“but for too long we have chosen to discuss our political opinions and complaints
with friends, neighbours and colleagues, rather than actively engage in the political process. This needs to stop. Citizenship comes with responsibilities as well as rights; it is now the responsibility of Nigerian citizens to spend the next four years holding Buhari and his government to account.