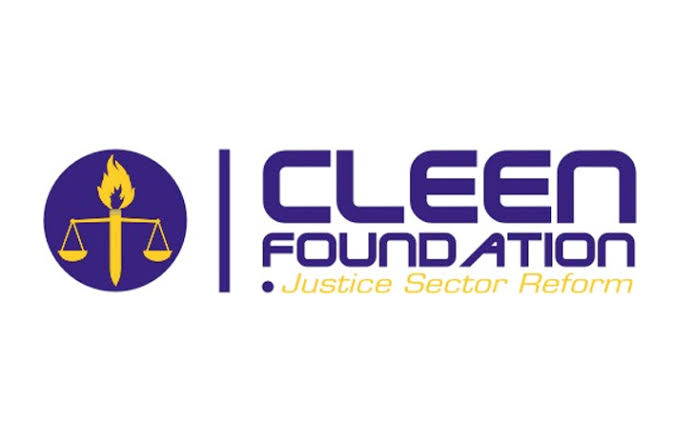 The CLEEN Foundation, in collaboration with the Police Service Commission monitored the conduct of security agencies deployed for the Presidential and National Assembly elections.

The two organisations have released the preliminary statement on the electoral activities based on the some specific locations in Nigeria read below :

CLEEN deployed 1,600 accredited domestic observers across the 774 Local Government Areas to observe the conduct of the security personnel at the polls.

Reports across the country indicate that there was early and high voter turnout. However, the security personnel and electoral officers were not able to be at their polling stations by 8:00 am and, as a result, the polls commenced late in many places. For example, at PU 018, Opes Space Cinema, Ward A of Kogi State, officials arrived late. Again, at PU 111, Zabi Gari in Kaduna State, voting did not commence as at 11:38am.

Reports from the field show that while voting started early in some polling Units, for instance, in PU 009 Ningi, Manu Primary School, voting started at 8:36am. At Nasarawa state, PU 005, Akwnaga LGA, INEC official arrived at 9:46 am. In Kaduna state Zabi Gari, PU 111, voting has not commenced at 11:38am.

From the preliminary assessment received from our stationary and roving observers CLEEN Foundation deployed, it was noted that security officials were not available at some of the polling units. For example, at Ward 4, unit 13 of Orukanam Local Government Area of Akwa-Ibom state, no secutity official were sighted as at the time scheduled for the commencement of the elections. At PU017, Danbatta East Ward, Danbatta Local Goveernemtn Area of Kano State, there was no security officials as at 8:am.

Although there are reports of security challenges, for instance, in Lagos, alleged APC thugs and OPC members disrupt elections, while they insisted everybody must vote APC. In Borno and Kebbi states, there are reported cases of bomb blast, while Zbarmari was attacked by the Boko Haram sect. In Rivers state, at Eleme, a military man allegedly shot at a voter.

· Card reader malfunctioning: CLEEN Foundation observers reported failure of smartcard readers in some polling Unit leading to slow-down of the election. However, the card readers were replaced with back-ups;

· There was active participation of International & Domestic Observers.

· Incidents of vote-buying were reported in Akwa-Ibom and Kogi states.

The votes across the country indicate that there were early voter turnouts.

The elections recorded inadequate security deployment resulting to many polling units having one police officer and some not having at all. There are also cases of voter intimidation and vote buying