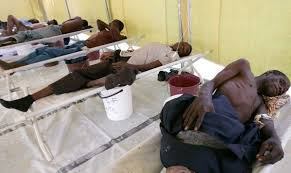 The Nigeria Centre for Disease Control (NCDC) on Wednesday confirmed 37 new cases of Lassa fever recorded between February 4 and February 10. The Chief Executive Officer (CEO) of NCDC, Chikwe Ihekweazu, made this known on Wednesday in a statement in Abuja.

Ihekweazu said that from January 1 to February 10, 2019, out of a total of 947 suspected cases reported from 20 states and the FCT; 324 were confirmed positive, three probable and 620 negative. He added that since the onset of the 2019 outbreak, there had been 69 deaths from the confirmed cases, bringing the fatality rate to 21.3 per cent.

It was reported that the death toll as at February 8 was 57. The CEO said that Edo, Ondo, Bauchi, Nasarawa, Ebonyi, Plateau, Taraba, FCT, Adamawa, Gombe, Kaduna, Kwara, Benue, Rivers, Kogi, Enugu, Imo, Delta, Oyo and Kebbi states, had recorded at least one confirmed case across 54 local government areas. He also confirmed that three new health workers were affected in Benue, Bauchi and Rivers states in the recent outbreak.

Mr Ihekweazu said that a total of 12 healthcare workers had so far been affected since the onset of the outbreak in seven states namely, Edo, Ondo, Ebonyi , Rivers, Bauchi and Benue and Enugu, which recorded one death. He said that a total of 3,746 people, who were suspected of having contact with infected persons, had been identified across 18 states. According to him, 2,658 of the suspected contacts are being followed up, while the remaining 1,045 have completed the mandatory 21 days of follow up to ensure they show no symptoms.

“National Lassa fever multi-partner and the multi-sectoral Emergency Operations Centre continues to coordinate the response activities at all levels,” Ihekweazu said. Lassa fever is a haemorraghic disease caused by rodents. The disease is transmitted through faeces and urine of rats.

Lassa fever is treatable if diagnosed early and as such Nigerians are advised to visit health facilities when sick. In view of the foregoing outbreak, Nigerians need to take preventive measures such as keeping their environment clean, making houses free of rodents, washing hands before taking meals and keeping all foodstuff in tight lid containers.