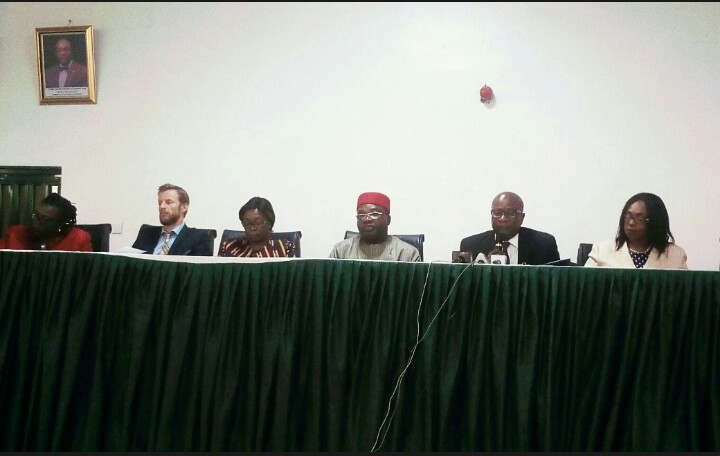 Major stakeholders working to promote women participation and role in political leadership are currently scalling up advocacy for the speedy passage into law the Women Participation in Elective Office Support Bill 2018.

According to the Executive Secretary, National Human Rights Commission, Tony Ojukwu, while addressing the participants at a media briefing yesterday in Abuja, “This Bill when passed into law will affirm the international standard that the rights of the citizens of our country to participate in politics do not depend on whether they are male or female, enabling for example, political parties in Nigeria to provide for gender equality and representation as integral part of their constitutions and that party resources are equitably distributed among male and female candidates”.

He added that the participation of women in elective office and indeed in shaping the political landscape was generally grounded in their political rights as recognised in regional as well as international human rights instruments to which Nigeria is a party.

Edward Kallon, Country Director, United Nations Development Programmes (UNDP) who also spoke at the meeting said promoting gender equality and active participation of women in political, social and economic is central to the UNDP mission in Nigeria hence the massive support for the Bill.

He commended the efforts the stakeholders had put place by institutionalising legal frameworks to increase the numbers of women in political and elective offices.

Kallon further stressed that the enactment of the bill into Law would lead to the achievement of Goal 5 of the sustainable Development Goals (SDGs) that seeks among others things to strengthen sound policies and enforceable legislation for the promotion of gender equality and empowerment of all women and girls at all levels thereby leaving no one behind in the enjoyment of civil and political rights in Nigeria.

The Women Participation in Elective Office Support Bill had scaled first reading at the floor of the Senate in 2018. The second reading is expected to commence this January 2019.