“All recovered assets must be judiciously utilised” – ANEEJ Boss 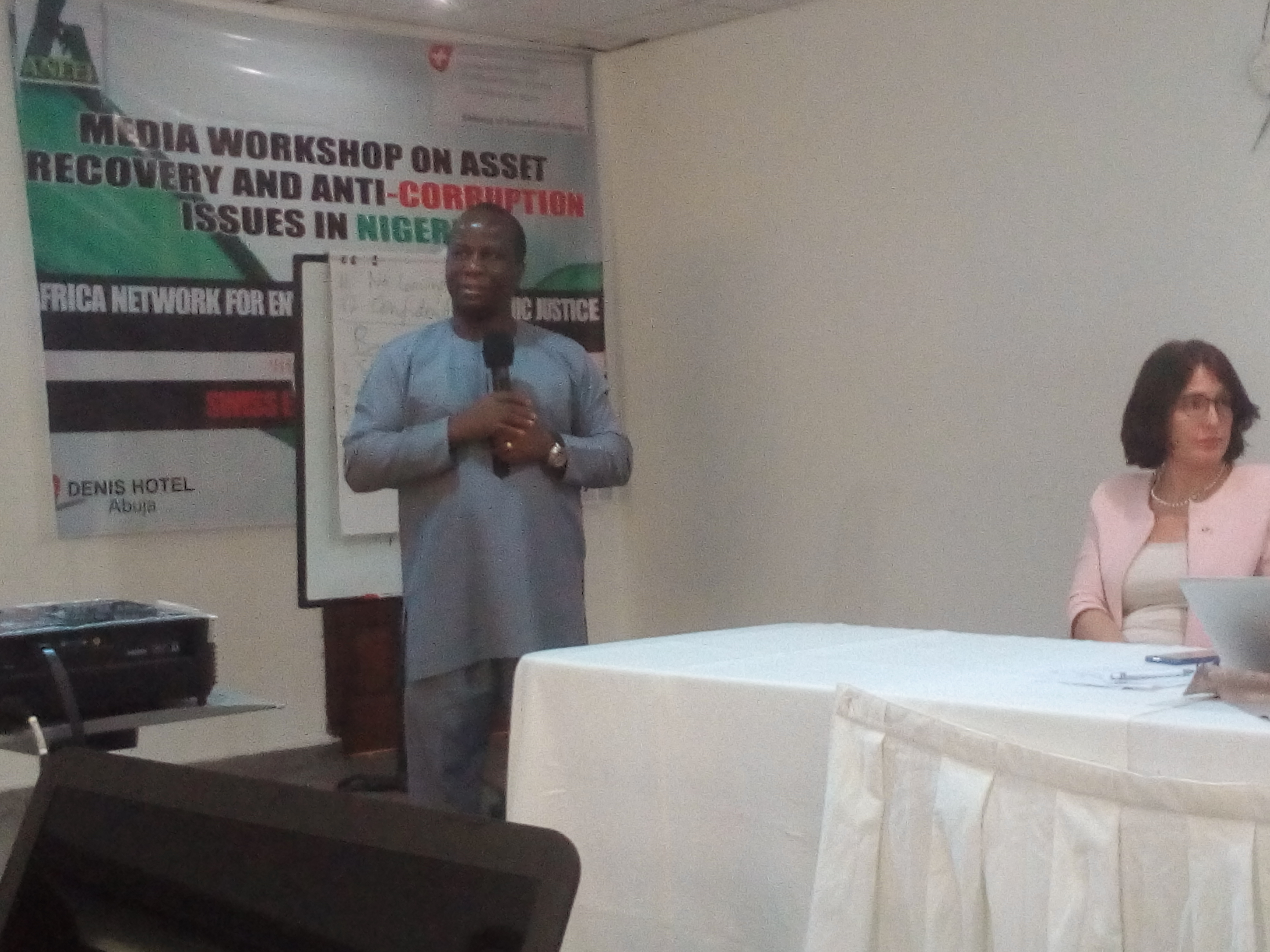 Executive Director, African Network for Environment and Economic Justice (ANEEJ), Reverend David Ugolor has retriated the commitment of ANEEJ as a civil society organisation under his watch to track and monitor the ongoing recovery of Abacha looted assets in tune of USD 322.5million to ensure that they are judiciously utilised in solving several developmental setbacks in the country.

Ugolor made this known on Tuesday at a 3-day Media Workshop on Asset Recovery and Anti-corruption organised by ANEEJ in collaboration with Embassy of Switzerland in Nigeria with the aim of building the capacity of the media practitioners in order to gain deeper understanding of the processes involve in tracking and monitoring these recovered assets.

Reaffirming the Sustainable Development Goals 16 which affirms that “all recovered assets are to be judiciously utilised for the realization of sustainable development in any given state” he noted that globally judicious utilisation of recovered assets from developed countries back to where they had been looted has often posed a challenge hence the need for effective collaboration between Civil Society and Policy makers in tracking and monitoring of these assets.

He added that part of the collaborative efforts on the part of civil society organisations in Nigeria birthed a project called Monitoring of Asset Recovery through Transparency and Accountability (MANTRA Project), that was inaugurated by the Vice-President, Professor Yemi Osinbajo.

“It is through MANTRA project that our organization was mandated to build the capacity of the media practitioners and Civil society organisations on the best practices of transparency and accountability and other anti-corruption processes” he remarked.

Addressing the participants at the workshop, David stated that media practitioners have major role to play in tracking and monitoring of the disbursement of these recovered assets and how they are being utilized otherwise it will go down the drain just like it happened in 2014 and 2015 when the country recovered the first assets looted during Abacha administration.

“it’s imperative that journalists and other media practitioners understand that holding government accountable using empirical facts and data gotten through thorough investigation is one of the ways to fight corruption in the country.

He however, commended the leadership of President Muhammad Buhari for taking initiative and came up with national policy on social investment programmes for the first batch of disbursed recovered assets which is now being implemented in 11 states.

“Through this social investments programme 11 states are currently benefiting from N5000 Cash Transfer being given to those who do not have any source of income at all, who have been living in extremely poor condition.

“With this, these people can now access healthcare services and afford decent meal through this monthly cash transfer” Ugolor said.