Former IGP Idris to be quizzed over N311m Election Fund 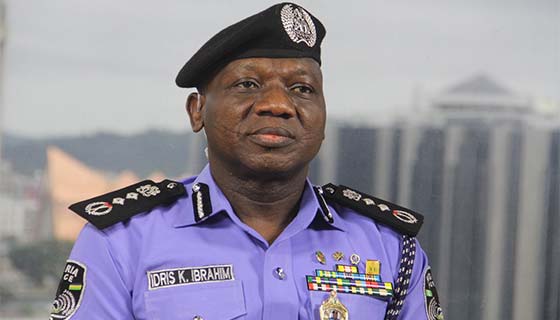 Mohammed Adamu, acting Inspector-General of Police (IGP), was said to have, on Thursday, asked members of an election committee set up by immediate past IGP Ibrahim Idris to explain how about N311.640 million given to the committee was disbursed, according to Daily Independent report.

Force Headquarters sources hinted that some of the committee members reported and were interrogated, but were allowed go back to their various commands.

The source could not, however, disclose the number of those who reported and their ranks.

The IGP was said to have directed DIG (R&P) Mohammed Katsina to interrogate them.

But Daily Independent reliably learnt that the chairman of the committee, a Commissioner of Police, was absent, because President Buhari was visiting his zone. The details of the interrogation were not immediately known.

Our Investigations revealed that the former IGP had written to President Muhammadu Buhari in December 2018, requesting for the money.

Dependable sources disclosed that a certain amount was eventually released to the committee.

The committee was headed by a Commissioner of Police (CP) and with two other CPs, as well as three Deputy Commissioners of Police (DCPs), including the DCP in charge of Transport as members.

According to findings, others in the committee were former Force Public Relations Officer, Jimoh Moshood, five Assistant Commissioners of Police (ACPs), Assistant Superintendent of Police (ASPs), and DSPs, as well as Inspectors and Sergeants.

“They were about 200 in number,” a source at Force Headquarters disclosed.

Investigations further revealed that Idris had informed the presidency that the committee would be spread to the six geo-political zones and secretly comb the zones of any threat to peaceful elections.

Our source also hinted that the former IGP stated in the letter that, “the committee will monitor the six geo-political zones for 30 days before the elections begin.”

That implied that the committee was supposed to start the monitoring exercise on December 15, 2018 and round off on January 15, 2019.

However, a source close to the committee hinted that some members of the committee in the South-East geopolitical zone were still in operation as at Wednesday, January 23, 2019.

Force Public Relations Officer (FPRO), Assistant Commissioner of Police (ACP) Frank Mba, when contacted on phone, said he could not “confirm the veracity of the report,” adding, “I am yet to be briefed on it.”