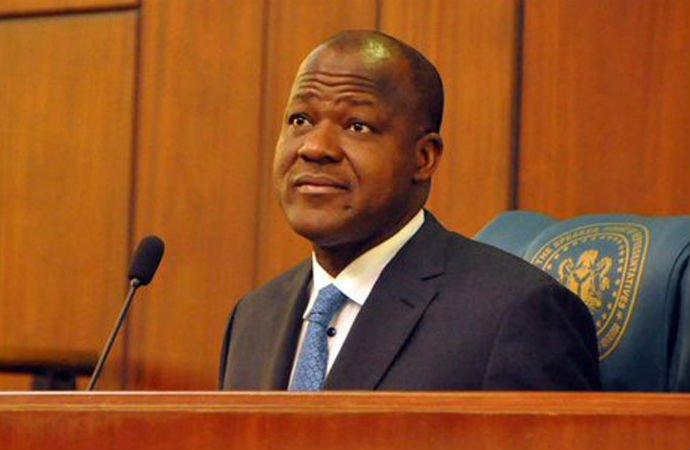 This is as the People’s Democratic Party (PDP) caucus yesterday lost Michael Adeniyi, a member from Okitipupa/Irele Federal constituency to the All progressives Congress (APC).

He said presidential refusal would deny Nigerians the benefits of the many innovations introduced to enhance the nation’s electoral process as well as encourage those that might want to undermine next month’s general elections.

Welcoming his colleagues from the Christmas and New Year break, he also decried the spate of killings arising from insurgency in parts of the country, urging President Buhari to consider an overhaul of the security system to pave way for a proactive response to security challenges.

He said: “It should remain a thing of pride for us that the National Assembly has done its best by taking steps to guarantee the successful and rancour-free conduct of the 2019 general elections by passing the Electoral Act Amendment Bill for the third time after Mr. President had declined assent to it twice.

“Lack of passage into law of the amended Bill means that the impending general elections will not benefit from the innovative mechanisms crafted in its collaboration with international and development partners.

“Consequently, the palpable fears of well-meaning Nigerians and the international community of the possibility of some forces working to manipulate the coming elections by exploiting the identified loopholes in the current Electoral Act may become a reality, if proactive steps are not taken by critical stakeholders.

“I believe that our intention to improve on the successes of the 2015 general elections through the Amendment Bill is very clear to all fair-minded Nigerians. The spate of serious allegations by stakeholders, corroborated by some press reports against the Independent National Electoral Commission (INEC) and the Nigerian Police in the recent elections, which are already subjects of litigations, are some of the factors that gave rise to public apprehension on the success of the coming general elections.

“We had intended, through this Bill, to minimise the risk to the survival of our hard-won democracy through responsive and timely legislation aimed at ensuring free, fair and transparent elections. Nonetheless, as parliament, we have done our best to guarantee the stability and growth of our fragile democracy, and I have no doubt that history will be very kind to us.

“Under the present circumstance, we have no choice than to take INEC and the Police by their words and give them the benefit of doubt in their recent assurances to be impartial, efficient and truthful in the conduct of the coming elections. This is the minimum that the country deserves from them at this auspicious time.

“Nothing short of complete openness, a level-playing ground and strict adherence to extant Laws will be acceptable to Nigerians.”

On security challenges facing the country, Dogara noted that the time has come for the President to take a hard look at the security system.

“We are all witnesses to the continuous deteriorating security situation in our country, more especially in the Northeast, Northwest and some parts of the Northcentral.

“Only three days ago, scores of people were killed in Sokoto State and elsewhere. Hardly does any week pass without reports of mass killings and bloodletting, either by terrorists or armed bandits.

“This calls for drastic, urgent and concerted action and efforts to bring to a quick end. Our citizens are looking up to us and we can’t afford to fail them because security of lives and properties is the primary purpose of government. The fight against unbridled violence is one we cannot afford to lose as we can’t do so and still keep our civilisation.