#Malnutrition: FG budgets N300 million for ‘ready to use food’ 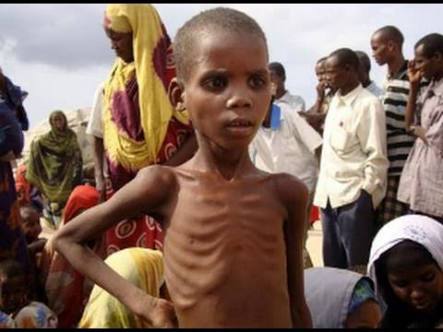 As part of the efforts to curb child malnutrition in Nigeria, President Muhammadu Buhari has proposed about N300 millions in the 2019 budget for the procurement of Ready to Use Therapeutic Food ( RUTF).

According to the budget breakdown, the RUTF will be distributed across the country, while part of the money will also be used to establish Community Management of Acute Malnutrition (CMAM) sites.

RUTF are enriched food that requires no preparation and is specifically designed to treat severe acute malnutrition (SAM), mostly in CMAM sites

Malnutrition, which can result in death, stunting, underweight and wasting among children under age five, has remained a serious concern in Nigeria as the statistics continues to rise.

According to the 2018 Nigeria Nutrition Health Survey (NNHS), about 2.6 million children under the age of five are threatened by malnutrition, with the insurgency ravaged North-east region accounting for over 900,000 of the affected children.

The report also revealed that over 10 million Nigerian children are stunted.

A statistical breakdown of malnourished children in the country shows that 42.8 per cent of children in the North-east are suffering from stunting and are at high risk of death due to malnutrition if urgent care is not received.

Despite the increasing challenges of malnutrition in the country, the N300million proposed for RUTF in the 2019 appropriation bill is 33 percent lower than was approved in the 2018 budget.

Though it was indicated as a new project for 2019, it was stated in the 2018 approved budget as an ongoing project with N20million budgeted for it.

In spite of the amount budgeted for RUTF in 2018, malnutrition is still of high prevalence in the country.

Nigeria has been largely dependent on international donors who have been working in the sector to fund malnutrition campaigns. Experts say this is unacceptable as many children under five die from malnutrition.

A nutrition specialist, Bamidele Omotola, said that malnutrition funds were not released early despite the increasing challenges.

He also said that malnutrition is strongly responsible for the poor development of the affected children, resulting in high number of out-of-school children and other poor health records in northern Nigeria.

Mr Omotola said the situation had assumed an emergency dimension which requires the urgent attention of the Nigerian government and other donors.

93 thoughts on “#Malnutrition: FG budgets N300 million for ‘ready to use food’”