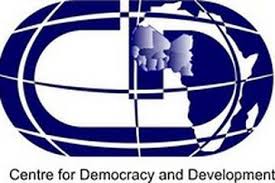 The fake news project set up by the Center for Development and Democracy (CDD) to counter all sorts of heinous agenda of misinformation and other sinister strategies by unscrupulous elements to disrupt the forthcoming elections this year has uncovered hideous agenda of Fulani Nationalist Movement (FUNAM).

FUNAM, a group that have been parading themselves as a faceless group have been identified as the mastermind behind the distribution of inciting messages titled “Fulani War Threat” which may foment violence using various platforms including Whatappp and SMS earlier this week.

In a statement issued yesterday by CDD clearly warned the general public to be wary of these messages from these unscrupulous individuals and disregard such unfounded information as ‘hoax’ whenever they see them on their Social media platforms.

Read the Statement below:

Earlier this week a message titled “Fulani War Threat” said to have been translated from a pamphlet distributed in mosques in Northern Nigeria by the Fulani Nationalist Movement (FUNAM) was shared via social messaging app WhatsApp.

The message called on true Muslims to prepare for a second Holy War in a bid to regain the territories lost. According to the message, it is against the tenets of Islam to rotate power with infidels. It also called on people to boycott the forthcoming election but instead to look forward to a time when Muslims will rule forever.

The message said those it described as infidels should be attacked and overwhelmed through kidnaps, brutal rapes and subjugation.

At the end of the hateful message, the composer instructed people to circulate it to all Christians urgently.

Though the message was not signed, this was not the first time a hateful message credited to FUNAM. So, is FUNAM?

Messages credited to the faceless group, FUNAM, started surfacing around January of 2018 in the heat of attacks blamed of suspected Fulani herdsmen and other ethnic militias in the north central region. Last June after gunmen attacked 11 villages in Plateau State killing over 200 people the group released a statement where it claimed that:

The killings in Barkin Ladi was motivated by previous killings of FULANI men and women by Birom youths in collaboration with certain minority ethnic groups in PLATEAU. We hereby justify this retaliatory attack and warn that we shall continue to defend ourselves and uphold the FULANI heritage now and in the future. Let it be known that the Fulani Special Force coordinated the attacks.” The statement then added that: “For the avoidance of doubt, our heritage is that ANY ATTACK ON A SINGLE FULANI IS AN ATTACK ON ALL. ANY OF SUCH ATTACKS MUST BE COUNTERED WITH TRIPLE MEASURE”.

“That we have said it several times that Plateau is an indigenous territory of the FULANI people. We are the first to settle in Plateau-Benue axis thousands of years ago. We shall take and possess every inch of this land; A conscious attempt to rewrite history and distort, manipulate or destroy our past will be resisted with all the might at our disposal,” the message, which went viral on social media continued.

It is clear that the aim of the perpetrators of the group is to cause ethnic disaffection and spread religious hate into to fuel an already horrific situation.

In July, Centre for Information Technology and Development (CITAD), denounced a message sent out by the faceless and clearly fake group saying it aim is to stoke the fire of violence.

“Sentiment and selfish agenda have given people the momentum to become information givers while recklessness has encouraged some people to use technology for bad, yes for bad because they manufacture lies and disseminate on websites, groups and pages on Facebook, the effect of these fake updates is that when people read them, they become emotional and sometimes react violently.

“Any careful reader might have noticed various press statements on Jos crisis in circulation. They carry strange names of signatories and associations of certain people, making provocative remarks on the crisis and setting conditions. Rather calm the situation, the statements aggravate it by reinforcing the desire for vengeance,” said Chiroma Hassan, the programme Officer of CITAD.

The Centre for Democracy and Development calls on Nigerians to disregard past and future messages from the faceless FUNAM and refrain from sharing them with other as they are untrue and designed to fuel ethnic and religious hate among Nigerians.

Beware of Fake News. Don’t Peddle it! Don’t Spread it!

The fake news project of the Centre for Democracy and Development (CDD), an independent and non-partisan organization, is to counter electoral misinformation and promote peaceful elections in 2019.