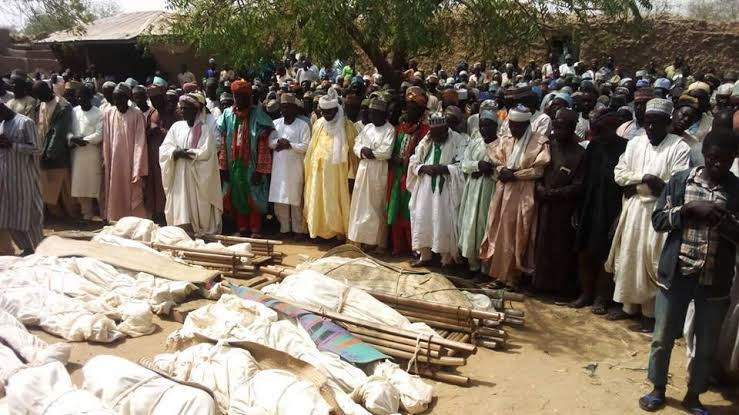 The party also lamented the invasion of Kukareta in Damaturu, Yobe state, by insurgents, who sacked the area in an attack that led to the killing of a police officer attached to the state governor, Ibrahim Gaidam.
The PDP in a statement by its spokesman, Kola Ologbondiyan expressed deep worry, saying it shared in the anguish of the victims and relations of the slain, who daily live with the devastating trauma of the escalated bloodletting and killing of their loved ones, by marauders, who still roam the area “in spite of the propaganda and lip service by the Muhammadu Buhari administration.”

The party said the ugly situation in the country is an undisputed testimony of the failure of President Buhari’s administration to provide adequate security for Nigerians, especially in the troubled states, despite his promises as well as the huge resources at his disposal to tackle insurgency.

The statement read in part: “The PDP holds that the situation in Zamfara and other states in the North-West, in addition to the heightened insecurity in the North-East and North-Central in the last three and half years, under President Buhari, shows that it is time for our dear President to review his parade and reappraise his strategy.

“Indeed, our nation cannot continue to afford the daily killing and maiming of our compatriots by marauders. This is not the way to go, and we charge President Buhari to end his buck-passing and immediately take up his responsibility as the chief security officer of our country by using the remaining days left in his tenure to address his parade.

“In the same vein, the PDP commends our patriotic security agents who are placed on harm’s way for their gallantry as they take concrete steps to defend our citizens at this trying time.”

While commiserating with the people, the PDP however called for calm and full cooperation with security agencies to track down and bring the killers to justice.