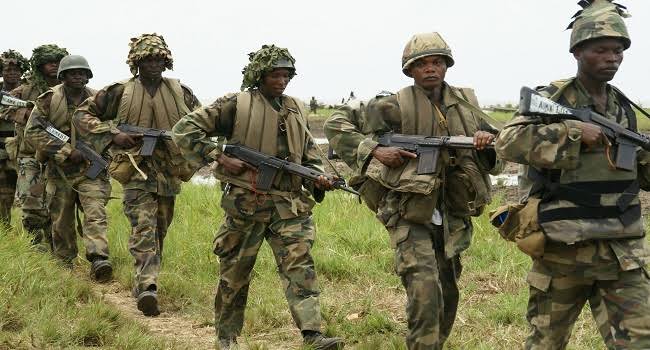 The Nigerian Army has said that it is suspending the operations of the United Nations International Children’s Emergency Fund in the North-East theatre until further notice.

The Theatre Command, Operation Lafiya Dole, which coordinates the Boko Haram anti-insurgency war in the North-East, stated this in a release by its spokesperson, Col Onyema Nwachukwu.

It alleges that UNICEF had shifted from “its duty of catering to the wellbeing of children and the vulnerable through humanitarian activities and now engages in training selected persons for clandestine activities.”

The Operation Lafiya Dole Command claimed on Friday that UNICEF was “sabotaging the counter-terrorism efforts” of troops through “spurious and unconfirmed allegations bordering on alleged violations of human rights by the military.”

Nwachukwu said, “It is baffling to note that some of these organisations have been playing the terrorists’ script with the aim to continue demoralising the troops who are doing so much to protect the lives of victims of Boko Haram terrorism and safeguard them from wanton destruction of property and means of livelihood.

“Consequently, the Theatre Command is suspending the operations of UNICEF in the North-East theatre until further notice.

“This has become inevitable since the organisation has abdicated its primary duty of catering for the wellbeing of children and the vulnerable through humanitarian activities and now engages in training selected persons for clandestine activities to continue sabotaging the counter-terrorism efforts.

“The Theatre Command will not tolerate this kind of sabotage from any individual, group of persons or organisation.

“We call on all Non-Governmental Organisations and members of humanitarian agencies to keep to their legitimate norms in the discharge of their acclaimed humanitarian duties.”

The UNICEF had yet to officially react to the military’s release.