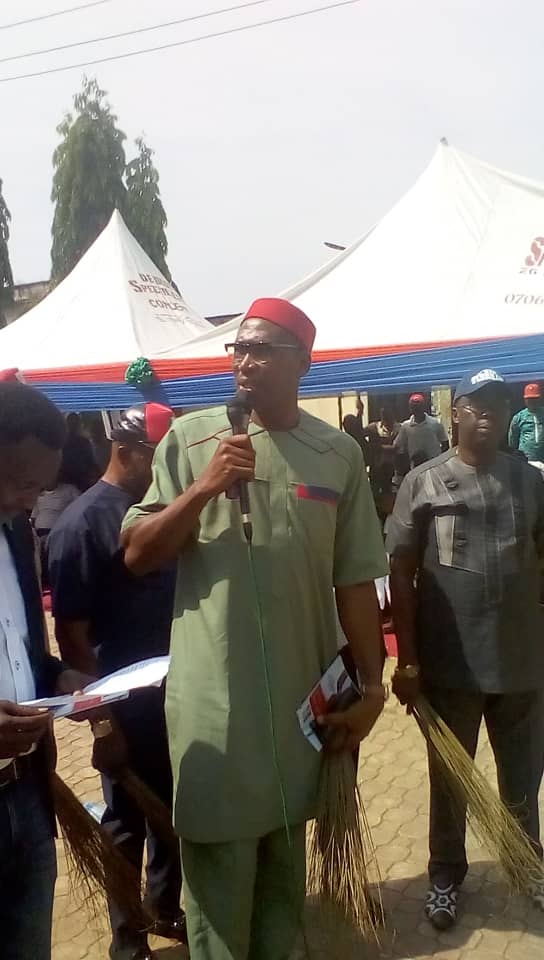 Last Saturday, at the flag-off of the APC 2019 Campaign in Enugu State, he told reporters during a question and answer session that the next paradigm in governance would be a creative, innovate and seamless collaboration between State Governors and Federal Legislators in championing critical developmental laws.

He remarked that it was a “New Deal” which the APC is bringing to the table in Enugu State because it was an agenda to take Nigerian governance to the next level.

Candidate Nwafor, himself a lawyer, said the reason Nigeria has few active lawmakers was because there were few governors with a vision to impact the grassroots through sustainable development based laws.

“In APC our candidate Senator Ayogu Eze is a grassroots-minded politician who is now our governorship candidate. When he is voted in as Governor and I am voted in as Member of the House of Representatives, we shall cooperate to develop Enugu State in a new way that you can call Paradigm Shift in governance.

“For example, according to his Manifesto, his government shall initiate massive Urban Renewal, and I on my part shall champion bills that will help actualize this vision at the Federal level. This synergy shall bring quicker development to our state.

“It is obvious that Enugu is in decay infrastructurally speaking. The only way to reverse the ugly trend is to start a more robust and seamless cooperation between the state government and Federal lawmakers representing the constituencies, unlike what is obtainable at the moment. And this is what we in the APC are bringing on board.”