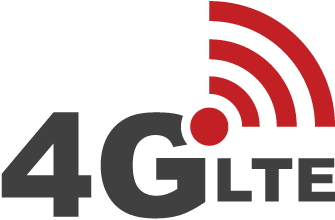 Various complaints have greeted the 4G LTE services across Nigeria. From Lagos to Abuja, Enugu to Port Harcourt, and Kano to Katsina, as monitored by The Guardian the story remains, especially for service providers, which claimed to have launched 4G nationwide.

Recall that in quick succession, the trio of Glo, MTN, and Etisalat, now 9Mobile, rolled out the wireless communications standard designed to provide up to 10 times the speed of 3G networks for mobile devices such as smartphones, tablets, notebooks and wireless hotspots in October 2016.

Airtel, early this year unwrapped its own 4G LTE in Lagos, with an assurance of a nationwide coverage, which it claimed has since been achieved, but nothing has changed. Globacom also claimed 4G availability across the country.
Nothing encouraging But The Guardian investigations showed that consumers are currently not satisfied with these services and have called on the Nigerian Communications Commission (NCC), to quickly act accordingly.

A visibly angry Lagos-based MTN customer, Toyin Adigun, said the operators needed to do more to convince subscribers that they were offering 4GLTE services.

Indeed, Adigun’s conversation with The Guardian on the telephone was cut off many times before it was concluded, which made her to call on the NCC to be more responsive to its duty as a regulator, saying: “consumers cannot be paying for services they are not getting.”

Another subscriber, Subair Alli, in a telephone interview with The Guardian from Abuja, noted that Internet service in the FCT was one of the worst in the country. He urged the service providers to upgrade their facilities.

From Kano, Mohammed Kabir, claimed subscribers are not enjoying the service at all. According to him, the connection is so slow, “like when a snail is moving.”

To Ateke Leonard, from Port Harcourt, going online in Nigeria is a risk taken against one’s finances. He argued that to be active on the net, “on the average, I spend close to N10, 000 monthly. The so-called service is slow; and before you know it, the data burns faster than you imagine.”

This attests to the challenge faced by Internet users in Nigeria, in terms of the time taken to download information from their mobile Internet, even after having paid so much for the service.

Phony offers
Despite this tumultuous time subscribers experience downloading information, many of the service providers also frustrate them with disguised market strategies, which come in form of data price slashes or outright free data packages.
Some of these packages are either meant to get many subscribers to their networks, or amass revenue and remain competitive.

Corning International Business Development Director for Africa, Rufus Andrew, noted that slow Internet connections across Nigeria has a negative impact on productivity, “while the wait on slow Internet can seem minor, it adds up significantly over time.”

MainOne Head, Regulatory Service, Ifeloju Alakija, admitted that 4G network is still narrow in Nigeria, with less than 20 per cent of the population having access to the network.

Doing our best
While other operators are yet to explain the challenges confronting their 4G roll out in the country, Ag. Director, Regulatory & Corporate Affairs, 9Mobile, Oluseyi Osunsedo, said the telecommunications firm continues to adopt innovative ways of providing excellent services to its customers.

“Just in Q3 2018, we expanded our 4G coverage in Lagos, Abuja, Kano, Kaduna, Port Harcourt, and Owerri. Plans are also well underway to extend our 4G coverage to 15 new cities. We have seen tremendous growth in the number of 4G subscribers since we launched the service and we are committed to continue giving our subscribers the best user experience in the market.

“To ensure we continue to deliver on our promise of unmatched quality of service, we recently commenced an expansion of the LTE spectrum to double the capacity and significantly increase user speed. In addition, 9mobile has optimised its PS core architecture and expanded its data pipes to our major content providers such as Google which will further enhance user experience.”

In terms of challenges, Osunsedo explained that most if not all operators are faced with service disruption arising in one form or the other.

According to her, a common and recurrent problem is that of fibre infrastructure outage due to several road construction activities going on around the country, power and security/vandalism remain key indices in the equation as well.

To address these, she called for government intervention declaring telecom infrastructure as Critical National Infrastructure (CNI), while the enforcement of Right of Way will go a long way to overcome some of the challenges.
Blame the device

Speaking on the matter, NCC’s Head, Technical Standards and Network Integrity, Bako Wakil, said the 4G deployment should be in phases, with the major cities as first target.

“However, one of the problems with the 4G service has to do with the device, as not all devices can accommodate LTE strength; I think we should also look at that. Nonetheless, the operators must also upgrade their facilities. NCC will continue to monitor development around it.”

On the surface, Xalam Analytics, believes 4G service roll out in African markets appears to be going well, with 115 LTE networks now commercial, or expected to launch in the continent before the end of 2018.
The reality, however, is more nuanced, as the region accounts for -5% of global mobile broadband connections, but only -2% of 4G connections. This makes African 4G penetration (of overall mobile subscriptions or the population) the lowest in the world.

With 4G user numbers across Africa expected to top 350 million by 2023, Founder of Xalam Analytics, Guy Zibi, said one of the key reasons for the low 4G adoption rates is the lack of efficient spectrum (for example, in the 800 MHz band) available to operators, and the high of spectrum licenses.

“The most cost-effective way to deploy broadband access networks can be done through two means: making digital dividend and 800 MHz spectrum available, as a matter of urgency; and removing obstacles to effective competition on terrestrial fibre infrastructure, so as to make it available to all providers on equal, commercial terms. We believe those two ingredients combined with competition at the service layer, would help drive the scale you need to bring down data prices further and increase adoption. But it’s fairly difficult to achieve, as things stand,” noted Zibi.