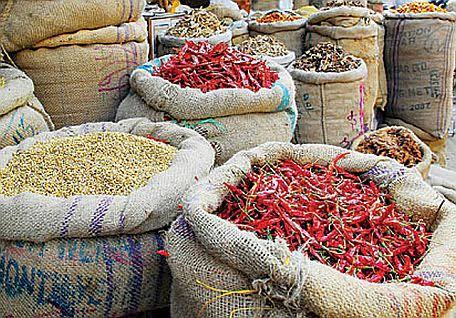 This is coming despite the sudden marginal drop in inflation in October, which beat expectations, settling at 11.26 per cent from 11.28 per cent in September.

While analysts believe that the threat of festive and election spending could be moderated, lower food supplies at the end of harvest season, which has long been set in motion by the violence in the food belt, may pose more threat to inflation going forward.

Meanwhile, investors showed high-level apathy to government’s debt last week, as they only took N199.6 billion, out of the N450 billion offered, on failed expectations of higher rates for short-dated bills.

The apex bank had followed up the maturing Open Market Operations worth N409 billion that hit the system, with the debt offer of a 105-day N50 billion auction at 11.5 per cent, which attracted only about N10million.

This shows investor preference for a longer-term government bills with higher returns, rather than lower returns on short-dated bills, which could be invested in competing portfolios offering better deals.

Analysts at Afrinvest Securities Limited, in their weekly market report, noted that elevated headline inflation has been driven by factors such as insecurity in the North-Central and flooding, which have affected food prices, as well as high transportation and energy prices.

While some of these challenges remain at large, the analysts added: “Policies to resolve these issues and to ensure ease of doing business are within the control of policymakers on the fiscal side.

Meanwhile, core inflation turned red after eight months of consecutive slowdown at 9.9 per cent year-on-year in October, compared with 9.8 per cent in September. “Although it is slightly comforting that core inflation remained below double-digits,” the rise, attributed to higher energy and transportation costs, represents a warning sign.

Similarly, a resurgence of panic in the foreign exchange market may be looming, as the international price of crude oil resumed volatility, sliding to eight-month low on oversupply, even as the nation’s reserves fall to $41.5 billion.

The country’s product has severally been at the international market without a ready-made buyer and with the Brent Crude declining by 7.2 per cent at $61.96 per barrel currently, a renewed concern is the effect on exchange rate.

The Managing Director of Afrinvest Securities, Ayodeji Ebo, in the weekly report, noted that the declining global oil prices should fundamentally signal a devaluation of currency in the horizon or at least, a depreciation of exchange rate at the “perceived market reflective” Investors and Exporter Window.

The Head of Research at FSDH Merchant Bank Limited, Ayodele Akinwunmi, said a significant drop in the price of crude or production will directly have a negative impact on the fiscal position of the country. “It will also cause major macroeconomic instability, particularly the exchange rate and inflation.”

Already, the battle to defend the local currency has been taken a notch higher, as Central Bank of Nigeria (CBN) sustained its regular intervention, reiterating commitment to keep pushing for exchange rate stability at different segments of the market.

“But in reality, inflationary pressures need to moderate further, while economic growth must display further signs of recovery. But there is also the issue of violence between farmers and herdsmen. These are cases against price stability,” he said.

The parallel market, at the weekend, ended the weekly transactions at N364 per dollar, which trended throughout the week, while the CBN spot rate closed the ek flat at N306.75/$ compared with N306.7/$ in the preceding week.

Similarly, the exchange rate depreciated by 19 basis point at the I&E Window to close at N364.70/$, although activity level improved significantly by 24 per cent to $1billion from $800 million the previous week.