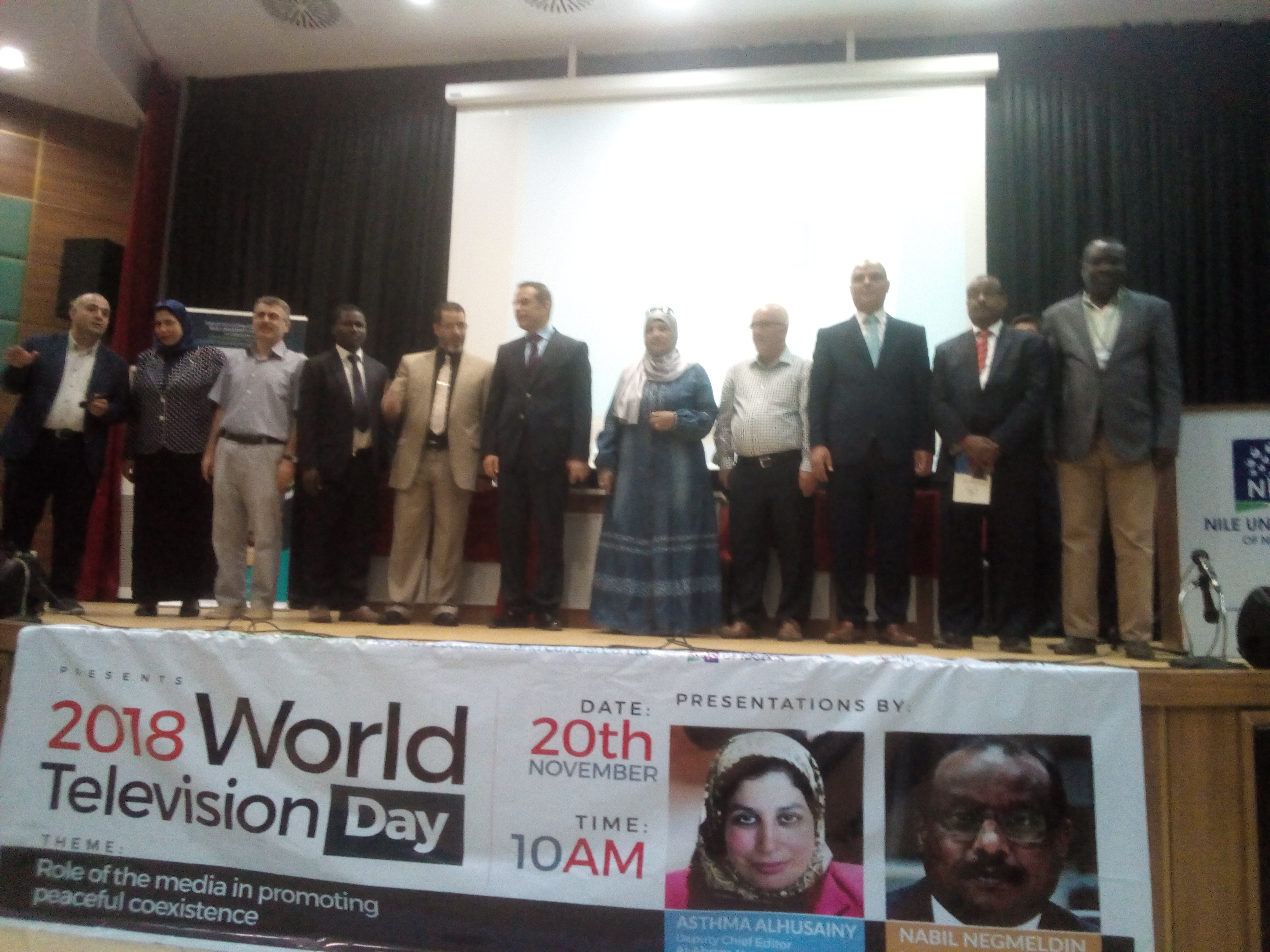 UFUK Dialogue Foundation in collaboration with the Department of Mass Communication, Nile University of Nigeria and Nusret Educational and Cultural Limited has held a superlative lecture with the theme “Role of Media in promoting peaceful coexistence” in commemoration of World Television Day 2018 in Abuja.

The lecture which took place in the main auditorium of the Nile University of Nigeria had huge turn out of students, journalists, media practitioners in and outside the shores of Nigeria in attendance.

The event also had the Egyptian Ambassador to Nigeria as the special Guest of Honour while two major veteran journalists – Mrs Asma Alhusainy, the Deputy Editor of Al-Ahram Newspapers, Cairo, Egypt and Mr Nabil Negmeldin of Al-Ghad Television Station both from Cairo, Egypt were billed as the Guest Gpeakers.

Speaking at the event, Nabil Negmeldin charged Nigerian and African journalists, broadcasters as well as media practitioners to be ethical in the profession, as this is the only way they can effectively promote peace without bias.

“Journalism is a viable tool to propagate, promote and maintain peace, same way it could be used to incite violence, stife, conflicts and ultimately war”. said Nabil

“It is highly imperative for the broadcasters, journalists and all media practitioners to be conscious of the fact that information they disseminate could either engender peace or lead to violence within or outside their immediate societies”.

“Hence the need for proper adherence to the ethics of journalism such as thorough verification, fact-finding and investigative journalism among others”, he said.

Asma Alhusainy of Al-Aharam Newspapers who delivered her lecture in Arabic emphasised on need for journalists to use their profession in resolving several age long conflicts lingering on the African continent rather than escalating and amplifying them through their reportage.

High point of the event was presentation of Award of Appreciation to the two Guests Speakers.