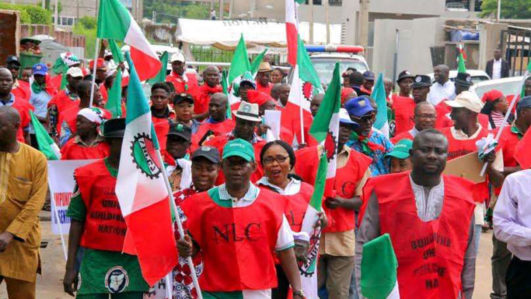 The labour movement is worried that Nigerians may turn a cold shoulder to a fresh call for an industrial action demanding the speedy passage of a new minimum wage law.

The Guardian learnt in Abuja yesterday that employers had hinged their support for N30,000 as the new minimum wage on an assurance that there would be no strike.

The labour movement had threatened to strike penultimate week over the refusal of the Federal Government to receive the report of the tripartite committee and transmit the same to the National Assembly.

It was learnt that there were shouting marches between labour leaders and employers’ body when labour mulled a strike. It was said that labour had to reconsider its position so as not to lose the support of the employers.

According to the employers’ representatives, it would be double jeopardy for them to support the new figure and at the same time have labour go on strike. They argued that the businesses of their members would suffer as a result.

As it stands, the organised labour is in dilemma whether to go all-out for a strike to force government to accede to the N30,000 demand and risk losing the support of the organised private sector or keep employing strategies to ensure government supports the figure.

Meanwhile, opposition to the new wage remains unchanged among state governors. The governors at a meeting on Wednesday night warned that many workers might be laid off if the new pay is implemented.

But in a statement issued in Abuja yesterday, president of the Nigeria Labour Congress, Mr. Ayuba Wabba, said such a threat was not new. He insisted that the process of negotiation by the tripartite social partners for a new wage had ended and a new national minimum wage of N30,000 had been agreed upon by government, labour and employers in the private sector.

“Therefore, the current one (threat) cannot be used to intimidate labour. The consequences of retrenching workers are too grievous for any political office holder truly elected by the people. Few political office holders are bent on enslaving Nigerian workers with peanuts mislabeled as salaries. We urge such elected public officials to subject their humongous salaries and allowances, reputed to be among the highest in the world, to public perusal.”

Wabba urged the governors to go to their respective states and inform workers on their individual position on the new national minimum wage of N30, 000. He also asked workers to remain steadfast on their right to decent wages and improved living conditions.

“To the oppressors, we have only one answer for you: we will never sleep on our rights. We hereby reiterate our directive to Nigerian workers to vote out any politician or political party that refuses to pay the new national minimum wage of N30,000. We shall continue to consolidate our efforts to strengthen already existing platforms and structures to give teeth to our resolve to vote out anti-labour governors and politicians in the forthcoming 2019 general election,” Wabba said.

He called on President Muhammadu Buhari to speedily present the wage bill to the National Assembly for appropriate amendment and implementation.