Nigeria’s leading telco, MTN, is gearing up to enter the Nigerian banking space. According to reports, the telco intend to apply for a payment banking license in the next few months. It also hopes to launch its MTN Mobile Money service in Nigeria by the second quarter of 2019.

“We will be applying for a payment service banking license in Nigeria in the next month or so, and if all goes according to plan, we will also be launching Mobile Money in Nigeria probably around Q2 of 2019.”

Through MTN Mobile Money, the company hopes to offer various payment options and money transfer services to the un-banked and under-banked population. It would also allow users to transfer and receive money with their mobile phone.They could as well pay for goods, public transport costs, household bills and most importantly, withdraw the money as cash with their mobile wallet.

A Win for the Telco

Reports released by the Nigeria Interbank Settlement System (NIBSS) show that in the nine months under review (January to Spetember 2018), volume of mobile money transaction was N1.2 trillion. This is about 50% increase when compared with N795.18 billion recorded in the same period last year.

The reports also revealed that the number of mobile money customers also rose from 3.2 million recorded in 2017 to 5.54 million this year. This shows a significant acceptance of Mobile Money in Nigeria despite just being recently launched by the CBN. 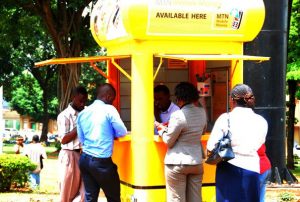 With Africa’s continued mobile money revolutionand with telecom operators embracing the innovative practice, it is only right that MTN, Nigeria’s biggest telco, irrespective of its IPO and fine troubles, provides this services for its Nigerian market.

And with the largest telecom customer base of over 60 million active subscribers as well as a well-entrenched distribution network in rural and remote areas of the country, MTN might just be on its way to becoming the country’s biggest payments bank.