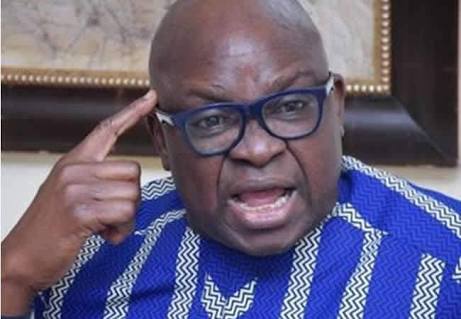 THE  Ekiti State House of Assembly,  Tuesday, commenced probe of the finances of the 16 local government chairmen under the administration of the immediate past governor, Mr. Ayodele Fayose.

The council bosses are still in office under Governor Kayode Fayemi owing to the fact that their two years tenure has not lapsed  having been elected on December 19, 2017.

Speaking with journalists at the premises of the House, the Leader of Business, Mr. Gboyega Aribisogan  said: “This probe is a routine work being carried out by the Assembly to ensure that our people, those who elected us get values for their money.

“You know the local governments are the closest to the grassroots and we must not shy away from taking those actions that will ensure that the government’s developmental programmes get to the downtrodden masses.

“This cannot happen when the House is not alive to its responsibilities of playing oversight actions to serve as checks and balances on the council bosses.

“This should not be misinterpreted to mean a witch hunting of the past government but was done to make political office holders alive to their responsibilities to the people in terms of finances.“But we are going to make our findings public and whoever found to have mismanaged public funds will be handed over to the appropriate authorities for actions.”