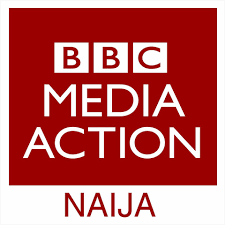 According to David levene, Head, Digital Engagement, BBC Media Action Naija, “#NoSidonLook is part of BBC Media Action – Nigeria’s governance project which targets young people, women and people living with disabilities, using multimedia platforms. One of the objectives of this project is to strengthen citizens’ engagement with electoral processes and fundamentals of democratic governance in Nigeria”.

“Online, #NoSidonLook works across multiple social media platforms, with a focus on  Twitter, providing space for discussion about active citizenship among Nigerians. This will actively include steps toward addressing issues in people’s immediate communities” he remarked.

Levene added that this is about the Fourth Phase of the #Nosidonlook campaign. While sharing the details of the impacts of the campaign in the last couple of years in Nigeria with Dotun Roy Correspondent he stated that, the first phase which was the ‘Introduction to #NoSidonLook” was launched on the 7th of September 2016, the hashtag #NoSidonLook trended all day on Twitter with about 1,589 contributors and over 5 million impressions.

“Second  Phase was launched on the 11th of November 2016 with a repeat on the 29th of March 2017, engaged citizens on “How I #NoSidonLook, spurring the citizens to individual action towards achieving good governance, also had more positive impacts recorded”.

“Third Phase on “How We #NoSidonLook” focussed on how groups are working to articulate their needs and follow a democratic strategy towards achieving results in their communities.” said David.

“Forth Phase is the current relaunch of #Nosidonlook Reloaded and #UdeyAmong which seeks to improve citizen’s participations in electoral and voting processes as 2019 elections draw near in Nigeria”.

“Globally, findings have revealed that active citizens’ participation in governance and social and civic matters can improve the way government works to the benefit its people’ he affirmed.