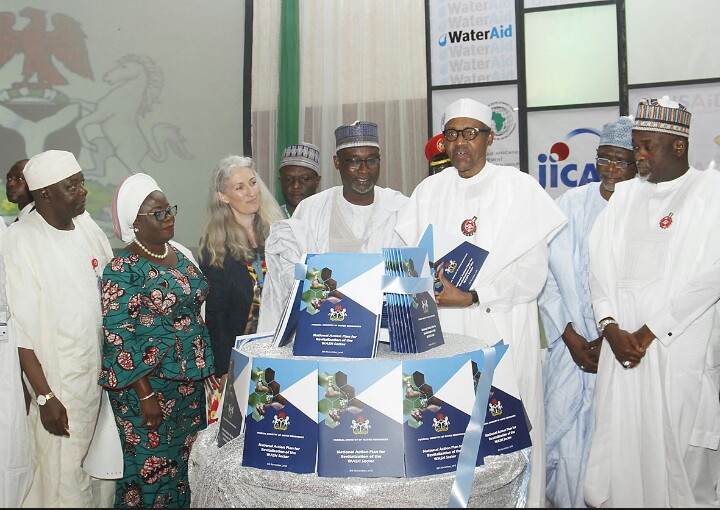 WaterAid has welcomed the launching of the Nigerian Federal Government’s emergency response to address its water and sanitation crisis, the first phase of a National Action Plan addressing a state of emergency declared earlier this year.

While Nigeria is the largest economy in Sub-Saharan Africa, one out of three Nigerians does not have clean water close to home and two in three do not have a decent household toilet. This directly contributes to the deaths of nearly 60,000 children under five each year of diarrhoeal illnesses caused by dirty water, poor sanitation and poor hygiene.

This emergency kills more people annually in Nigeria than have died in conflict with Boko Haram. Poor sanitation is also estimated to cost countries the equivalent of 0.9% of GDP – in Nigeria, this amounts to $3.38 billion USD a year.

“And at WaterAid we are delighted that the Federal Government and His Excellency, President Muhammadu Buhari is demonstrating the needed political will with the launch of the Action Plan”.

“The National Plan of Action is a significant political milestone towards achieving the UN Sustainable Development Goal 6 to reach everyone, everywhere with clean water and decent sanitation by 2030 and our expectation is that state governments will follow suit in developing Action Plans to address the Water and Sanitation crises in their respective states.” she said.

In a speech declaring a state of emergency in water, sanitation and hygiene and launching the action plan, His Excellency President Muhammadu Buhari said his government was committed to developing the water sector and that he ‘noted with dismay’ declining services, including a fall in the percentage of the population with piped water services (32% in 1990, 7% in 2015) and a fall in the percentage of people with access to improved sanitation (from 38% in 1990 to 29% in 2015).

He added that 166 million people do not have a way to wash hands with soap.

“50% of schools are without basic toilets,
30% of healthcare facilities do not have a water source on site”.

Adam stated that the 1 in 2 Nigerians still defeacate in the open.

“This has made progress on sanitation is regressing. For every urban resident reached with a decent household toilet, another two join the queue to wait” he said.

The National Action Plan commences with an 18-month emergency plan, followed by a five-year recovery plan and a 13-year revitalisation strategy, towards the 2030 deadline set by the UN Sustainable Development Goals to eradicate extreme poverty and create a healthier, more sustainable planet. It commits the Federal Government of Nigeria and states to establish the institutional and funding foundations for sustainable water, sanitation and hygiene services, and to accelerate development towards 2030.