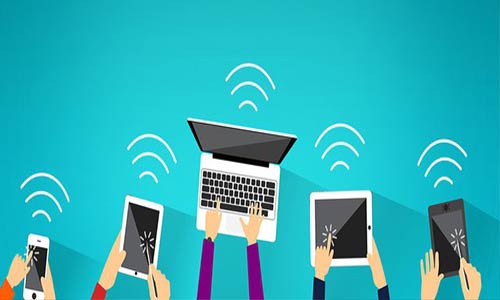 Internet freedom has worsened in Nigeria in the past year due to unprecedented clampdown on 21 websites and intimidation of journalists and activists, the latest Freedom on the Net 2018 report has said.

The country, which was ranked 34 out of the 100 countries in 2017 Internet Freedom report, fell to the 37th position this year.

According to the report, which is a publication of Freedom House, the action by the Nigerian government and others is eroding trust in the Internet as well as the foundation of democracy.[googlemap

The report highlighted some of the major events in the past year that affected the country’s ranking as increasing extralegal harassment and intimidation of online journalists and activists as well as the Digital Rights and Freedom Bill passed in the House of Representatives in December 2017, and the Senate, in March 2018.

Others are, “An independent online news outlet, Naij.com, was found blocked in November 2017, along with 20 other websites, many of which promoted the independence of the Biafra region.

“The Senate proposed a broadly worded hate speech bill in March 2018 that critics worry could be used by the government to silence online dissent.”

Findings by analysts at Freedom House said though there had been no evidence that authorities proactively monitor the Internet and mobile phone communications, many online journalists suspected that they were being monitored.

“In April 2017, the Federal Government denied monitoring calls and social media posts. However, the NCC stated during a March 2018 event that the Office of the National Security Adviser has a direct link to the NCC’s SIM registration database, in order to monitor and apprehend criminals in the country.”

Analysts at the Freedom House said SIM card registration requirements instituted in June 2009 threatened users’ rights to anonymous communication and privacy, especially in the absence of a data protection law.

It observed that in recent years, a few high-level government officials in the country had called for a clampdown on the social media in response to the growing influence of critical commentary on the Internet, sparking fears of impending online censorship.

“Legislative proposals have added weight to those fears. The frivolous Petitions Prohibition Bill introduced in 2015 sought to penalise expression on social media, though it was withdrawn in May 2016. Meanwhile, the Cybercrime Act, which was signed into law in May 2015, has been used to arrest bloggers for critical content in the past year.”