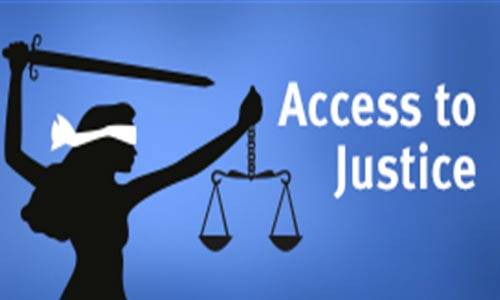 An advocacy group, Access to Justice, has called on the United Nations to intervene in Nigeria’s “dire” security situation, particularly the killings of protesters, including members of the Shi’ite sect, by the military.

The group expressed concern that if the Shi’ites crisis was not properly handled it could constitute a major security threat to the conduct of next year’s general elections.

In an October 29, 2018 letter sent to the UN Secretary-General, António Guterres, Access to Justice and the Network on Police Reforms in Nigeria alleged that the “Nigerian military forces had, over the last four years, committed widespread and massive atrocities against civilian populations and members of minority religious and political organisations”.

The groups said rather than abate, the alleged atrocities being committed by the military had remained unchecked and continued to intensify “with much bloodshed and people killed each time they occur.”

Supporting their claims against the military, A2J and NOPRIN cited the clash between the protesting Shi’ites and the military in Abuja on Saturday, October 27, 2018, where “several members of the Islamic Movement of Nigeria (Shi’ites) were shot and killed by Nigeria’s military forces”.

“The Islamic Movement of Nigeria (also known as Shi’ites) is a Moslem minority group in Nigeria, who have, over the course of many years, been the targets of a sustained military offensive, that has resulted in the killing, between 2014 and 2018, of over a thousand of its members by Nigeria’s military in extrajudicial circumstances,” the groups told the UN.

They contended that the Shi’ite sect is not a terror group, adding that the sect members had had to resort to holding frequent public protests to press for the release of their leader, Ibraheem El-Zakzaky, and his wife, who had been locked away and kept incommunicado by the Federal Government since December 2015.

The groups, therefore, urged the UN Secretary-General “to consider a visit to Nigeria and to bring the precarious situation of Nigeria’s brutal atrocities against a religious minority group to the attention of the United Nations mechanisms”.

They urged “the UN Security Council to demand that the government of Nigeria take urgent and specific steps to end the impunity of its security forces, and particularly to demand that its military forces refrain from using deadly, and disproportionate force against peaceful protesters”.

“Pending the conclusions of the investigation by the International Criminal Court, (we) urge member countries of the United Nations to take specific individual actions against members of the Nigerian Military who have ordered atrocities and acts of genocide to be committed against both the Shi’ite and other groups,” A2J and NOPRIN said.