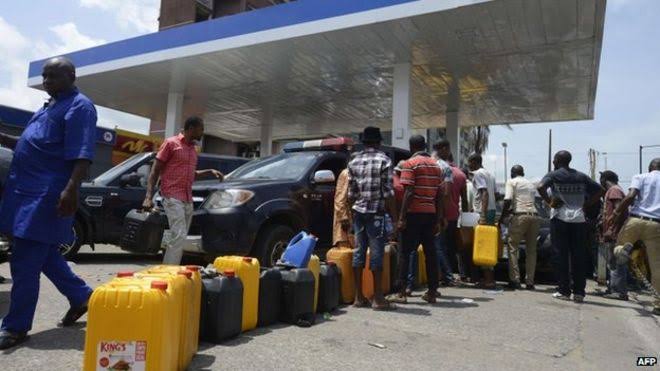 The Nigerian National Petroleum Corporation (NNPC) has dismissed the speculations of an impending petroleum products scarcity in the country.

“Providing information on the petroleum products stock level became necessary to dispel suggestions that the threat of strike action by the Nigeria Labour Congress (NLC) would result in a slip into a round of products shortages across the country,” NNPC Spokesman Ndu Ughamadu said on Sunday.

This is coming after the Nigeria Labour Congress (NLC) and other trade unions insisted on commencing a nationwide strike from Tuesday.

The labour union said its members were not accepting anything less than the N30,000 it said was agreed as new minimum wage at a tripartite meeting with government and private employers of labour.

However, the federal government insisted on a N24, 000 minimum wage package, while the state governors said they can only afford to pay N22,500.

The federal government on Friday secured a court injunction to restrain workers from embarking on the strike, the NLC leadership insisted that nothing can stop it from going ahead with the planned nationwide strike.

The NNPC spokesman, however, advised motorists not to panic as the corporation would do all it could to ensure the strike action does not affect negatively on fuel distribution nationwide.