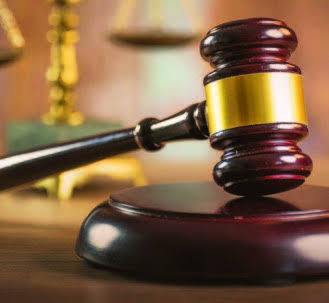 Justice Kado Sanusi of the National Industrial Court in Abuja, on Friday ordered the organised labour to shelf its proposed nationwide strike slated to begin on November 6, over the current minimum wage dispute, pending the hearing of a suit before it.

Justice Sanusi, gave the order while delivering ruling on an exparte application brought before the court by the Federal Government and the Attorney General of the Federation (AGF).

He however ordered that the processes be served on the defendants.

Defendants in the suit are the Nigerian Labour Congress (NLC), the Trade Union Congress (TLC) and the Incorporated Trustees of the Nigerian Governors’ Forum.

Ruling on the exparte motion, the judge agreed with the submission of the Solicitor General of the Federation (SGF), Dayo Apata, who filed the suit on behalf of the government that the planned strike if allowed to go on would have great consequences on the economy and the people, particularly those in urgent need of medical care.

He subsequently adjourned till November 8 for hearing of the main suit.

Organised labour following failure to reach at a compromise with the government had announced that starting from November 6, it would embark on an indefinite strike to press home its demand for an upward review of the current minimum wage of N18,000 monthly pay.

It initially demanded for N65,000, however following various meetings with the representatives of the government it came down to N30,000.

However, there has been a stalemate as the federal government on its part insisted on paying only N25,000 while the states claimed they could not go beyond N22,500.

The stalemate therefore prompted labour to call for an indefinite strike until their demands were met.