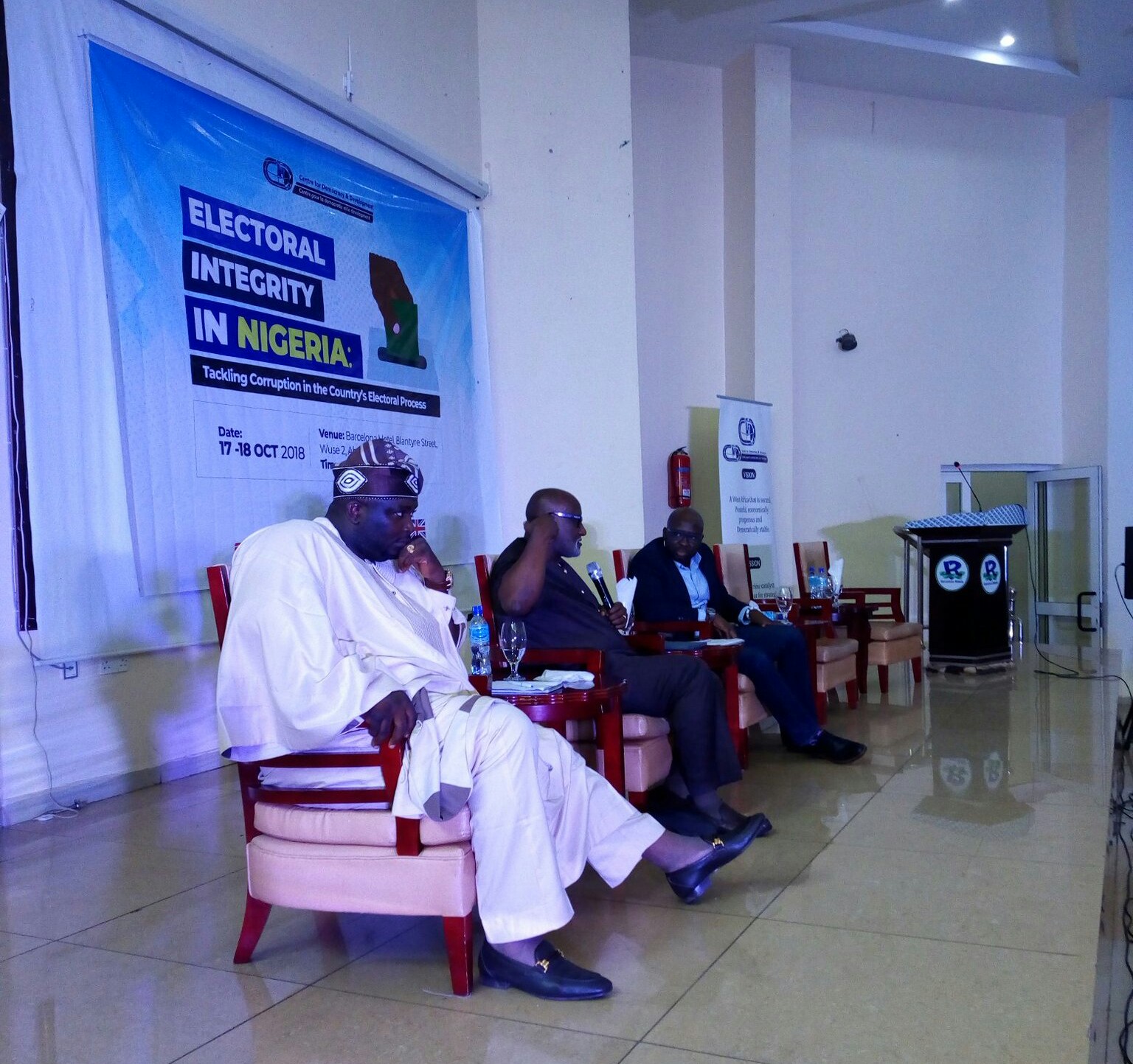 Centre for Democracy and Development (CDD)  has held a two day conference in Abuja as Nigeria prepares for 2019 elections.

The conference according to Shamshudeen Yusuf, Programme Officer, CDD was aimed at bringing together political actors, civil society representatives, electorates, political aspirants among others to discuss approaches to ensure the integrity of the 2019 polls.

“It’s important that we create a platform for dialogue such as this, that would enable major players in the electioneering, political aspirants and electoral to rub minds and seek solutions to lingering issues around electoral processes such as political corruption, buying and selling of votes, election riggging, ballot snatching among others” he said.

One of the Panelists at the Conference, Obaze Oseloka, a PDP Anambra State Gubernatorial Candidate in 2017 in  while speaking on the isssue of buying and selling votes by both the aspirants and electorates, an ugly development in Nigeria’s political landscape said it is a shame that Nigerian politics has degenerated to such a demeaning level of political corruption.

“As a country, we weren’t having these issues of vote buying and selling 15, 10 years ago, you can now see that political aspirants are becoming more desperate in their pursuits to the extent of brazenly buying the votes from the electorates which does not reflect a true democracy.”

“An election should be a true reflection of people’s support for the political aspirants without any inducement or gratification” said oseleka.

He added as a candidate in Anambra, he ensured that his political and electoral were protected during the elections as he did all could not to buy any vote any electorate.

“As a candidate, what I brought to the table was my integrity and my belief in what is right. I rejected all forms of vote buying. If I lost the election because of that, so be it.” he affirmed.

Peter Ameh, National Coordinator, IPAC who was also on the panelist shared several electoral experiences from other countries of the world for Nigerians to take a cue from.

He added that people should not condemn multi party system in Nigeria as it gives every citizen level plain ground to operate within the political space.

“Nigeria is a multi-ethnic nations with more 400 languages, it important we create an equal opportunity for everyone so as to prevent any sort of marginalisation” he said.