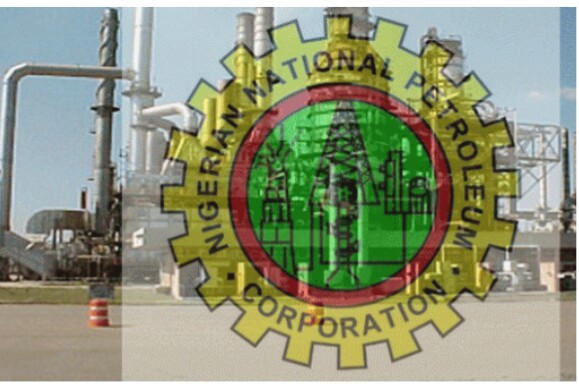 The Senate on Tuesday resolved to set up an ad hoc committee to investigate $3.5 billion Subsidy Recovery Fund, allegedly created by “the Nigerian National Petroleum Corporation (NNPC) and solely managed by its Group Managing Director and the Executive Director, Finance.’’

The decision followed a Point of Order raised by the Senate Minority Leader, Sen. Abiodun Olujimi at plenary.

Olujimi, who presented the matter to the chamber for consideration, cited Orders 42 and 52 of the Senate Standing Orders 2015 (as amended).

She expressed concern by the existence of such fund and the mode of its management.

According to her, the Federal Government had to cancel subsidy that was usually provided for in the nation’s annual budgets since 1999, “only to turn round to set up a fund that was never appropriated for by the National Assembly.

“My point of order focuses on $3.5 billion dollars earmarked as subsidy recovery fund by the NNPC.

“Since 1999 there has always been a budget for fuel subsidy but this has been jettisoned by the current government, which leaves this administration in a very dire straits.

“What is happening now is that there is a fund named as subsidy recovery fund being managed by only two individuals of the NNPC; that is the Group Managing Director and the Executive Director, Finance.

“This fund is too huge for two people to manage. It is too huge to manage without appropriation or recourse to any known law of the land.

“Mr. President, during your remarks after the passage of the 2018 Budget, you mentioned that there should be a budget for subsidy that should be brought before the National Assembly.

“That has not been done. It is therefore, obvious that the $3.5 billion dollars is slush fund, which will just be managed by two individuals, and that is not correct,’’ Olujimi said.

The senator added “the Senate should, therefore, compel the NNPC to come and explain before the Senate Committee on Petroleum Downstream why it should be so.

“They should also explain what has happened to the fund that has been used so far and the new terminology now being used under recovery rather than subsidy.

Sen. Ali Ndume suggested that since the Committee did not do its oversight, no member of the Committee should participate in the investigation to avoid being biased in their judgment.

He said: “I don’t want to be hard on the committee on Downstream but it has the responsibility of oversight. And when these things happened, the committee was supposed to know.

“So, I am suggesting that Sen. Marafa being the Chairman of the Committee and other members should stay out of it.

“So, we should have a separate committee to look at the matter.

In his remarks, the President of the Senate, Dr. Bukola Saraki, asked the ad hoc committee to investigate the matter and report back to the Senate in one week.

He said: “I want to say that in the light of the enormity of the matter before us, where we are talking of subsidy of $3.5 billion dollars, I want to suggest that the committee should urgently summons those in NNPC who are responsible.

“This is to look into the matter and come back to us with a report to debate within four days.

“If you remember, when we passed the budget, I said it here that there was need for the Executive to bring before us fuel subsidy item because that has been the practice.

“This money is too huge not to be appropriated. I want us to do the investigation first before we discuss it so that we will not be partisan.

“Let us go by facts and not speculation so that our contributions are not seen to be partisan. This matter is too serious for us to treat it that way.