JAP advocates better inclusion for persons with disabilities in Nigeria 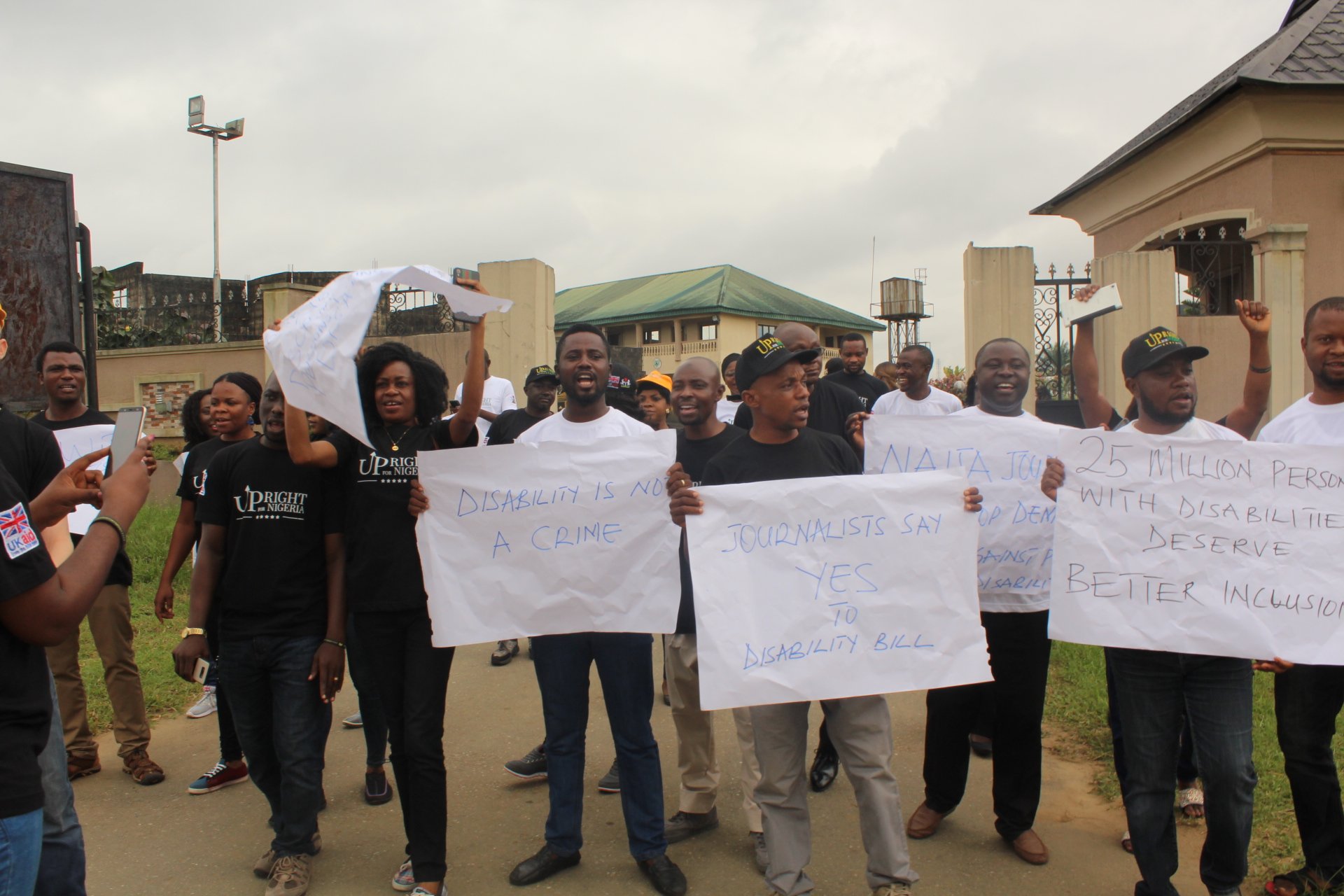 Journalists Against Poverty (JAP) Initiative, a development driven group of Journalists, passionate about ending poverty and corruption in Nigeria have come out in a peaceful protest to express their disappoinment in the way Federal Government of Nigeria, National Assembly and Some State House of Assemblies have been foot-dragging in passing the Bill that will improve the lives and protect the rights of the Persons living with Disabilities in Nigeria.

The group which have been on a workshop visit to Uyo, capital city of Akwa -Ibom, in partnership with ActionAid took to the streets of Uyo in the early hours of today with the placards with various inscriptions and advocacy messages such as “Persons living with Disabilities are also Nigerians, Protect their Rights!”.

National Coordinator, JAP, Wale Elekolusi, a veteran Journalist, while addressing the Pressmen during the protest lamented all forms of dehumanization and discrimination which an average person with disability often face in our society which calls for the need for Disability Bill be taken with utmost priority.

“An average person with disability is often regarded as invalid in our society, with this perception he is considered unfit for employment and access to basic needs, which should not be” he stated.

According to another member of the group, Isine Ibanga while speaking during the protest said that currently the rough estimate of persons living with disabilities in Nigeria alone is 25 million which is more than the population of five African countries put together.

“Such huge population of individuals in Nigeria should not be partially neglected and deprived of their fundamental human rights particularly in area of the basic needs of life such as access to quality Education, good healthcare services delivery amongst other needs”.

“So far only five States House of Assemblies out of the 36 states in Nigeria had passed Bill in favour of the Persons Living with disabilities which is quite low and disappointing”, he said.

Another member of JAP, Dan Otti, a radio broadcaster based in Lagos, said during the protest that, despite the fact that Nigeria is a signatory to several Conventions and international treaties that support and protect these group of people, we still find it difficult to implement these rights here” he lamented.

Otti further added that, not only those who are physically handicapped are the only persons living with disabilities. He said disability can come in different forms.

“Disability could be any short and long period of impairment in any part of human body.

“Disability could be in your skin, it may just be in one of the fingers of your hands, or eyes, nose and ears or any temporal or permanent impairment to any of these body parts could make anyone look disabled” he stated.