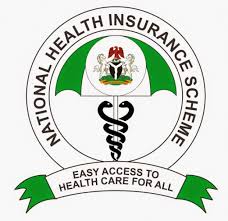 The National Youth Service Corps (NYSC) has approved the enrolment of corps members into the National Health Insurance Scheme (NHIS).

The Director-General of the NYSC, Brig.-Gen. Suleiman Kazaure, disclosed the approval of the health services scheme to journalists at the opening ceremony of the 2018 edition of the NYSC Annual Management Conference which coincides with the 45th anniversary of the scheme held in Akure.

The director general also revealed that apart from the approval of enrollment into the NHIS, the orientation camp of the scheme now has a consultant from the Federal Medical Centre on ground as part of the partnership with the Federal Ministry of Health to attend to any critical emergency health issue.

Kazaure used the opportunity to commend the corps members who participated in the Osun State gubernatorial poll, describing them as good ambassadors of NYSC.

The director general noted that the scheme, just as the civil service, would receive adequate attention as soon as the new national minimum wage is approved.

Kazaure said the scheme had cleared the backlog of unpaid staff allowances and also created a robust forum to interface with members of staff and labour unions for industrial harmony.

He said the theme of the conference is very apt in view of the laudable achievements recorded by the scheme in its 45 years of existence and the need to evolve strategies that will enhance operations and open new opportunities.

Also speaking at the conference, the Ondo State Governor, Mr. Oluwarotimi Akeredolu (SAN), said that NYSC has contributed tremendously to the development of the nation’s democracy.

Akeredolu, represented by his deputy, Hon. Agboola Ajayi, noted that the sustenance of the scheme will continue to impact on the society and pointed out that NYSC has contributed over 80 per cent to the nation’s development and has deepened democracy.

74 thought on “NYSC Approves Enrolment of Corps Members into NHIS”