US ‘Concerned’ About Voting Irregularities In Nigeria Osun State Elections 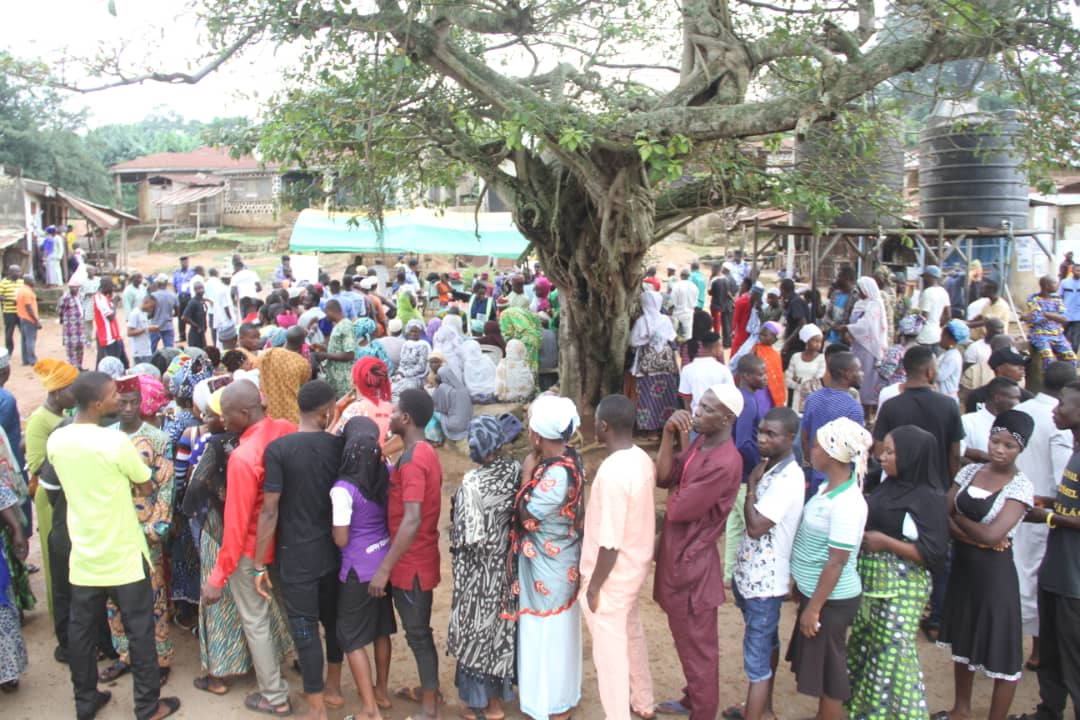 Lagos, Nigeria (CNN) US elections observers in a fiercely-contested state governor election in Nigeria say they witnessed what appeared to be incidents of voter intimidation and interference in the electoral process.

US Consul General, John Bray was part of a diplomatic mission that observed voting at polling stations in Osun State, south west Nigeria on Thursday.

“The Missions of the United States, European Union and the United Kingdom observed voting at polling stations in Osun today,” he said in a local media interview.

“We witnessed what appeared to be incidents of interference and intimidation of voters and heard reports of harassment of party monitors, journalists and domestic observers.” Bray added.

Allegations of thuggery and voter intimidation marred the Thursday rerun of the election which was first held on September 22.

Nigeria’s electoral body (INEC) said it was “disturbed about reports that accredited media and observers are being arrested or prevented from operating in some polling units.” but soon reported that “issues of access to polling units by voters, accredited Media & Observers have since been resolved.”

Senator Ademola Adeleke, of the People’s Democratic Party (PDP) was widely believed to have won the first round of the election.

However INEC officials declared the result inconclusive and a winner was not announced.

According to a media statement by INEC, results were canceled in seven polling units as votes in those units were affected for various reasons including malfunction of card readers and disruptions to the process.

President Buhari congratulated his APC party member, Oyetola win saying, “I congratulate the All Progressives Congress (APC) and the Governor-Elect of Osun State, Adegboyega Isiaka Oyetola. Thank you Osun State for supporting our good governance agenda by re-electing the APC. We will continue to work for you, and for the entire country.”

However, the election rerun and the results have been disputed by Adeleke and his supporters.

Nicknamed “the dancing senator,” Adeleke is popular on social media for his energetic and carefree dance moves.

Adeleke’s family has a generational history in Nigerian politics, with the senator’s late father and brother both previously holding senatorial seats, making him the third senator in his family.

In 2017, Adeleke took over from his late brother and was elected to represent Osun-west senatorial district under the People’s Democratic Party.

His nephew, popular Nigerian musician, Davido was active in his election campaign, performing to massive crowds during a campaign rally.

Adeleke is also the father of two Nigerian musicians named B-Red and Shina Rambo. In an interview with a local media outlet, Adeleke discussed his love for dance, saying “I love dancing. I take it as an exercise.”.

This love for dance has earned him both praise and condemnation from the public, some who see him as a breath of fresh air, while others criticize him as “unserious.”

“We entertain unserious characters like this into sensitive seats and act surprised when they debase the consecrated institution,” one Twitter user said.