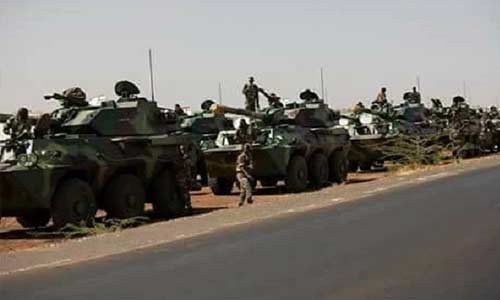 The Plateau state government has imposed curfew on Jos north and Jos south local government areas of the state following attacks which led to loss of lives between Thursday night and Friday morning.

Our reporter gathered that 14 persons were killed in the latest attacks.

Gunmen were said to have invaded a community in Rukuba Road, Jos north local government area and killed a family of seven.

The incident led to protest by angry women. The women were said to have burnt a military truck which conveyed soldiers to the scene, forcing the soldiers to allegedly open fire on them.

Some youth took to the streets Friday morning to protest what they termed “late military intervention”.

Richard Tokma, acting secretary to the state government, announced the curfew in a statement issued on Friday.

He said the curfew would take immediate effect, lasting from 5pm to 6am.

“Sequel to security bridge in some parts of Jos north, the governor of Plateau state, Rt. Hon. Simon Bako Lalong, has approved he imposition of a curfew from 5pm to 6am in Jos north and Jos south local government areas with immediate effect,” the statement read.

“However, while ensuring the safety of lives and property of the populace, citizens are advised to exercise restraint and remain calm and report any suspicious movement to the law enforcement agents.”

Terna Tyopev, spokesman, Plateau police command, confirmed the attacks but did not give details of casualty.

He said some others who sustained injuries have been taken to the hospital.

“Some people were rescued while some persons lost their lives as a result of the attack and others sustained injuries of various degrees,” he said.

Tyopev said a combined team of security personnel had been dispatched to flash points to avert breakdown of law and order.

He said investigation to unravel those behind the crime has commenced.