Regulating Free Speech On Social Media Is Dangerous And Futile—Expert 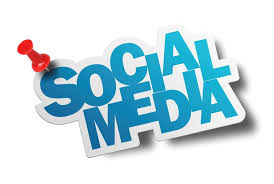 Amid recent news about Google’s post 2016 elections meeting, multiple Congressional hearings, and attacks by President Trump, social media platforms and technology companies are facing unprecedented criticism from both parties. According to Gallup’s survey, 79 percent of Americans believe that these companies should be regulated.

We know that an overwhelming majority of technology entrepreneurs subscribe to a liberal ideology. Despite the claims by companies such as Google, I believe that political biases affect how these companies operate. As my colleague Nicole Turner-Lee explains here, “while computer programmers may not create algorithms that start out being discriminatory, the collection and curation of social preferences eventually can become adaptive algorithms that embrace societal biases.” If we accept that the implicit bias of developers could unintentionally lead their algorithms to be discriminatory, then, with the same token, we should also expect the political biases of such programmers to lead to discriminatory algorithms that favor their ideology.

Empirical evidence support this intuition; By analyzing a dataset consisting of 10.1 million U.S. Facebook users, a 2014 studydemonstrated that liberal users are less likely than their conservative counterparts to get exposed to news content that oppose their political views. Another analysis of Yahoo! search queries concluded that “more right-leaning a query it is, the more negative sentiments can be found in its search results.”

The calls for regulating social media and technology companies are politically motivated. Conservatives who support these policies argue that their freedom of speech is being undermined by social media companies who censor their voice. Conservatives who celebrate constitutional originalism should remember that the First Amendment protects against censorship by government. Social media companies are all private businesses with discretion over the content they wish to promote, and any effort by government to influence what social media platforms promote risks violating the First Amendment.

Moreover, the current position of the conservatives are in direct contrast to their positions on “Fairness Doctrine”. As my colleague Tom Wheeler explains here, “when the Fairness Doctrine was repealed in the Reagan Administration, it was hailed by Republicans as a victory for free speech.” Republicans should apply the same standard to both traditional media and the modern day social media. If they believe requiring TV and radio channels to present a fair balance of both sides is a violation of free speech, how can they favor imposing the exact same requirement on social media platforms?

Furthermore, the government intervention that they propose is potentially more damaging than the problem they want to solve. If conservatives believe that certain businesses have enough power and influence to infringe on their freedom of speech, how can they propose government, a much more powerful and influential entity, to enter this space? While President Trump’s administration and a Republican controlled Congress may set policies that would favor conservatives in the short term, they will also be setting a very dangerous precedent which would allow later governments to interfere with these companies and other news organizations in future. If they believe that today’s Twitter has enough power and will to censor them, they should be terrified of allowing tomorrow’s government to do so.

BREAKING UP SOCIAL MEDIA COMPANIES DOES NOT HELP CONSUMERS

The second argument that supporters of regulating social media companies make is that these companies have created monopolies and therefore antitrust laws should be used to break them down and allow smaller competitors to emerge. While it is true that these companies have created very large monopolies, we should not neglect the unique nature of social media in which users will benefit the most only if they are a member of a dominant platform. The value of a platform for its users grows with the number of other users. After all, what is the use of Facebook if your friends are not there?

Others argue that social media and technology companies should become more ideologically diverse and inclusive by hiring more conservatives. I believe in the value of ideological and intellectual diversity. As an academic, I experience it on a daily basis through my interaction with students and colleagues from many different backgrounds. This helps me polish my ideas and create new and exciting ones. New ideas are more likely to emerge and flourish in an intellectually diverse environment.

However, measuring and mandating ideological diversity is impossible. Ideology is a spectrum, not binary. Rarely anyone agrees with all positions of a single party even if they are a member of it. Although in an extremely polarized political environment, Americans are increasingly favoring the more extreme ends of the political ideologies in both parties, many of the Republicans do not agree with current immigration policies of President Trump, just like many Democrats who do not agree that ICE should be abolished.  Unlike other forms of diversity that promote gender, racial, and sexual equality in the work force, political ideology cannot be categorized within a limited number of groups. While we can look at the racial composition of the employees of a company and demand that they hire a representative sample of all races, it is not possible to demand for a representative sample of political ideologies in the workforce.

Acting to increase ideological diversity would be impossible. A candidate would hesitate to disclose party affiliation to an employer who may use it to make hiring decisions. What are the chances that a candidate tries to conceal a conservative ideology during an interview for a six-figure-salary job in an overtly liberal Silicon Valley company? If another company wants to become more diverse by hiring conservatives, would liberal candidates be inclined to present as conservative?

The political bias of social media companies becomes more concerning as more Americansturn to these platforms for receiving news and effectively turn them into news organizations. Despite these concerns, I believe that we should accept such bias as a fact and refrain from regulating social media platforms or mandating them to attain a politically diverse workforce.

Facebook and Google are donors to the Brookings Institution. The findings, interpretations, and conclusions posted in this piece are solely those of the author and not influenced by any donation.