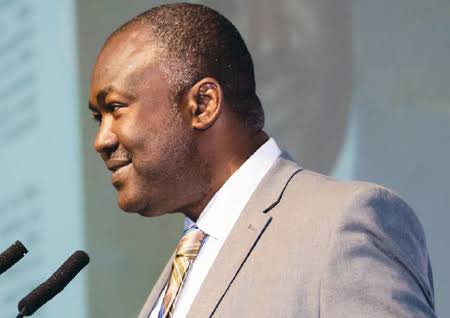 It was pomp as frontline Presidential aspirant, Mr. Gbenga Olawepo-Hashim went notches higher towards the realization of his ambition yesterday as he procured the Alliance for New Nigeria’s (ANN) nomination form, promising to foster unity, fix the economy and to stop the killings in the land.

Olawepo-Hashim who said he is full of respect for President Mohammadu Buhari for his sacrifices to the nation, however noted that what Nigeria urgently needs is a president that will be a commander-in-chief to all Nigerians.

“I am therefore better placed to bring the country back together.

I am most assured I can get the job done given my record of accomplishment” he said with a high of confidence, adding “I will restructure the economy from a dependent one to a self-reliant economy by investing in iron and steel, research and development, and in other critical sectors”.

These critical sectors, he pursued, will include “chemical and machine tools, so as to generate the production of capital goods, local capital and to bring in prosperity, through the needed multipliers”.

The business mogul with substantial interest in Oil Exploration and Energy generation also promised to implement a New Economic Development Programme (NEDP), which will lead to the expansion of Nigeria’s Gross Domestic Product (GDP) from 510 billion dollars to 4 trillion dollars within ten years.

Besides, the NEDP will also increase the Per Capital Income (PCI) of the average Nigerian to between 16,000 to18, 000 US dollars within ten years as well. This, to the cerebral politician, will make Nigeria to be at par with middle-income countries like Malaysia, with whom we had comparable income level at independence.

Other than this, the astute politician said NEDP would target an estimated 2 trillion US dollars into infrastructure within ten years. It will also create jobs from manufacturing, industrialization, and then link up industries with solid minerals and the agricultural sector.

According to him, the agricultural sector will be integrated with the industrial and solid mineral sectors, to create sustainable jobs for youths employment will also be accelerated through the promotion of innovation and the knowledge economy.

Olawepo-Hashim then noted: “I respect President Buhari. He is our baba, and we are his children. From where I come from, we do not insult elders. Truth is that he has done a lot, and should now go and rest. We are prepared to give him a befitting exit”.