Buhari Re-appoints Amechi as DG of his Campaign Organisation 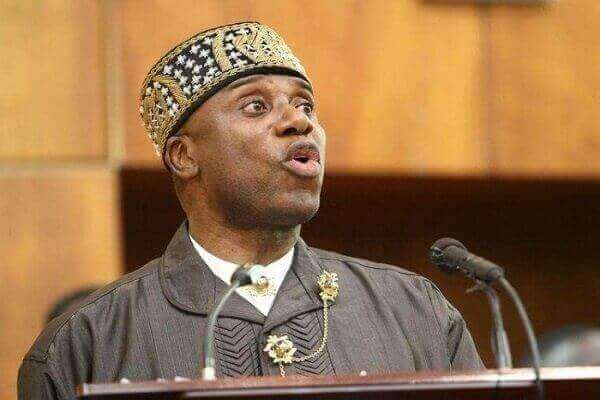 The Nigeria President, Muhammadu Buhari has appointed a former governor of Rivers State now Minister of Transportation, Mr. Rotimi Amaechi as the Director-General of his campaign organization for his re-election in 2019.

The news filtered out months ago that Amaechi would spearhead the campaign when the transport minister appointed Barr. Festus Keyamo as its spokesman.

According to a statement on Thursday signed by the Presidency and released by the Senior Special Assistant, Garba Shehu, the Minister can appoint others on the approval of Buhari into the campaign train.

Amaechi headed the same position in 2015 General election that led the emergence of Buhari and Prof Yemi Osinbajo as the President and VP respectively.

The President’s Facebook also announced the appointment saying “I have approved the appointment of a Campaign Organization for my re-election in 2019. Hon. Chibuike Rotimi Amaechi will serve as Secretary/Director-General of the Organization, and will announce other appointments into the campaign structure as approved, in due course.”

Garba Shehu’s statement reads “President Muhammadu Buhari has approved the appointment of a campaign organization for his re-election in 2019 with Hon. Chibuike Rotimi Amaechi as Secretary/Director General.

“Hon. Amaechi was the Director General of the Buhari-Osinbajo Presidential Campaign Committee in 2014-2015 that won the elections and brought the current administration into office.

“The new Director-General will announce other appointments into the campaign structure as approved by President Buhari”.