Sep 19, 2018 Sustainable Development Goals in Nigeria, US embassy in Nigeria 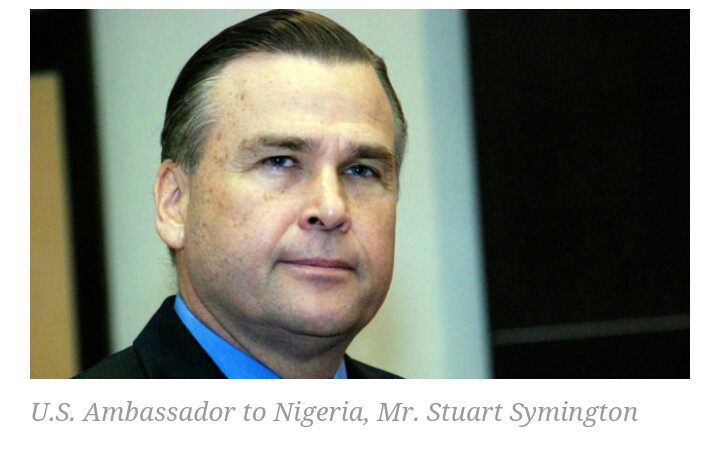 A Worlddatalab report shows that 40 out of 50 countries worldwide, which are currently off-track in achieving the United Nation’s Sustainable Development Goals (SDGs) are in sub-Sahara Africa.
As a result, the experts insisted that Nigeria would have to prioritise social development, if the goals would be met by 2030.

Indeed, they expressed worry over Nigeria’s continuous spending on fuel subsidy, stressing that the inability to translate oil earnings into viable projects that would address growing level of poverty in the country is unacceptable.

The experts, who spoke at the 10th Anniversary Colloquium of the Financial Nigeria Magazine, in Abuja, linked Nigeria’s underdevelopment to poor leadership performance.

Considering Nigeria’s failure to meet critical social needs in the face of huge revenue, Symington, represented by U.S. Agency for International Development (USAID), Steven Haykim, said the nation’s resources may be diverted instead of being invested in critical areas.

“One proximate cause of poor health, education, and nutrition standards is low public expenditure. This, in turn, is related to very low public revenues, due, in fact, to low tax rates and weak systems for tax collection.

“Low social spending is also as a result of transfers from government to petroleum and power sectors, because fuel and electricity tariffs are below cost recovery levels.

“Fiscal, trade and other micro-economic policies tend to act as breaks on private sector initiatives on economic growth. Weak governance due to inadequate capacities or lack of checks and balances also slows social and economic development,” he said.

To Pate, despite earning over $1 trillion from the sale of crude oil, the level of poverty in Nigeria is on the increase.

“After extracting almost $1 trillion worth of oil since our national independence, we have a situation where poverty is rising.

We have effectively squandered an opportunity to utilise our natural resources that we obtained purely by chance not by hard work, instead of investing to uplift our people lives,” Pate said.